A spec sheet has leaked, allegedly belonging to the LG V35 ThinQ and it speaks a little about the specs of the smartphone. The V35 ThinQ has made a few appearances here and there. Last week it passed by FCC and before that, a render of the phone was reported. The spec sheet does make a good case though. 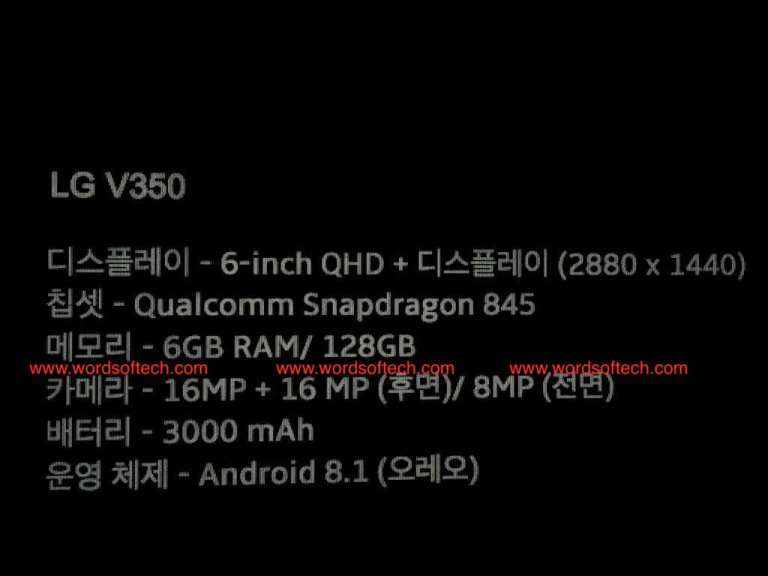 According to the sheet, the V35 ThinQ will sport a 6-inch QHD+ (2280 x 1440p) display. Handling the internals will be the Qualcomm Snapdragon 845 chipset coupled with 6GB RAM and 128GB onboard storage. The dual camera setup on the back would feature 16MP+16MP sensors while the front would be an 8MP snapper. Powering the phone would be a 3000mAh battery and Android 8.1 Oreo.

These specs are no short of a flagship and that’s exactly what the V35 ThinQ is. The V-series is the top-end of the LG spectrum of smartphones. But the V35 ThinQ’s timing seems a little erratic. The V30S ThinQ was released this February, and even before the dust settled in, the V35 ThinQ has started making rounds of the web. The LG V35 ThinQ will probably hit the market in the middle of the year or a little before that. As far as the design is concerned, expect a design similar to either the V30S ThinQ or the G7 ThinQ.

Next NOA To Bring New Products at the CEBIT 2018 Fair