Xiaomi is all over the place in the manufacturing industry. It is flooding the market with all sort of devices. Interestingly, there has not been widespread complaints regarding the durability or workability of its products thus we can be sure that they are up to par. Recently, the company released a spray mop for only $10, now, it has released the Xiaomi Mi Smart Camera PTZ version for only 199 Yuan ($32). Compared to the old version, the PTZ version will be upgraded to 1080P resolution using a new generation of H.265 encoding. It also comes with a new low light full color, human detection, double speed playback and other functions while still maintaining its $32 price tag. 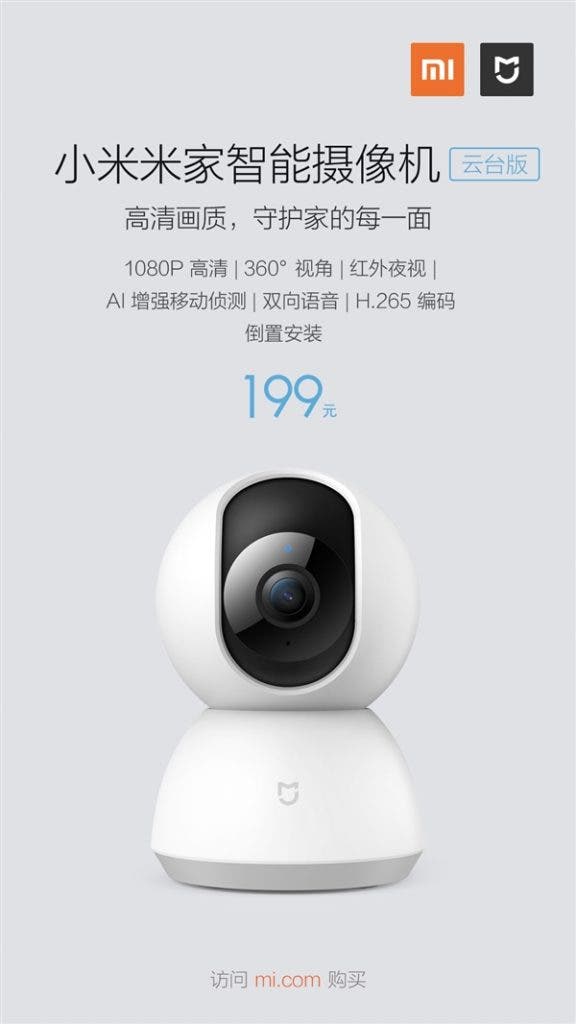 The new Xiaomi Mi smart camera PTZ version is based on the old version but the resolution is upgraded from 720P to 1080P using WDR technology. In addition, the backlight can allow the screen to retain more details. It also uses a F2.1 large aperture with 8 940nm infrared fill light. By optimizing the arrangement of the fill light and the optical structure, the brightness of the fill light is more uniform and the night vision is more transparent which ensures that night time visuals comes with great details and no visual pollution. 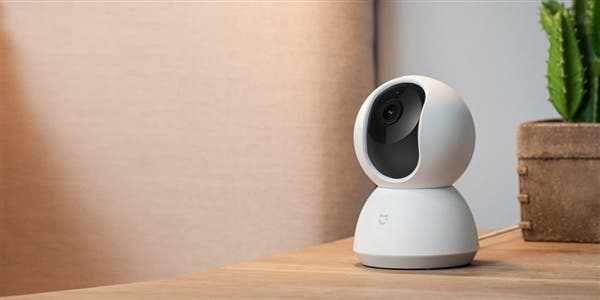 The brand-new Xiaomi Mijiao Camera PTZ version added a full-color light technology that allows it to see colour images even in dim light. Its H.265 video encoding technology ensures that the stream is 50% lower than the previous generation. Users can watch 1080P HD video smoothly even with 1M upstream bandwidth. It supports up to 64GB Micro SD card can store up to 9 days of video. At the same time, its got support for Xiaomi routers

The new Xiaomi Mijiao Camera PTZ also supports human shape detection function. By identifying the human shape, it can automatically filter out common false alarms caused by changes in the screen, such as the disturbance of the wind, light changes, and pet running, which can effectively improve the information. In addition, Xiaomi Mi smart camera PTZ version uses a dual-motor dual-axis pan-tilt head, which can control the device to freely rotate up and down with a 360° horizontal viewing angle and a vertical viewing angle of 96°. Compared to the previous version, the PTZ version can effectively solve the problem of monitoring dead angle. The new Xiaomi Mi smart camera PTZ version will be sold at 10 o’clock on the 21st May.

Next Snapdragon 845 To Support WPA3 Wi-Fi Encryption This Summer