It is a well-known knowledge that the new MIUI 10 system by Xiaomi is scheduled to launch alongside the Xiaomi Mi 8 and Xiaomi Mi Band 3 in Shenzhen on May 31st. However, before the official announcement of this system, the company has released a warm-up poster that suggests that this new system is faster than lightning.

Today, MIUI’s official Weibo handles released an interesting poster with the slogan “What is the big house, why a cubicle?” (Chinese a bit rusty) What does this actually mean?. In recent times, the MIUI 10 system has been analyzed and it will develop the card systems. Previous posters have the caption “This time, lose speed limit cards”. 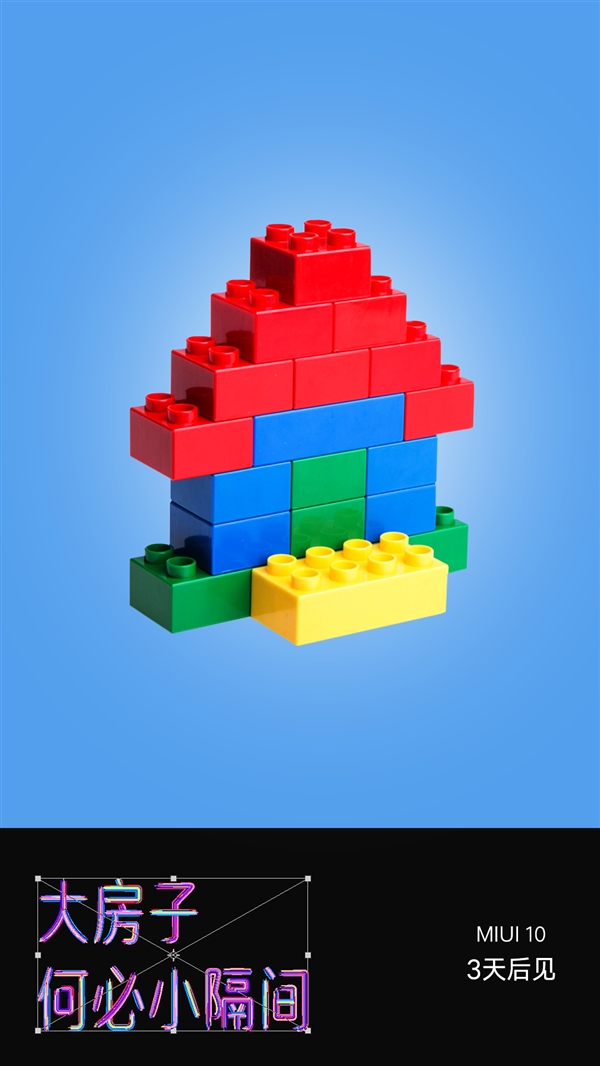 These points to the fact that this new system concentrates on speed and performance.  According to the official statement, this MIUI 10 is to continue to improve on the “fast experience” brought by MIUI 9.