Lenovo finally launched the Z5 today, but we all know how that turned out. However, the company also had two other handsets in the locker for today’s launch. They’re named Lenovo K5 Note and Lenovo A5, the former of which seems to be a relaunch of the same handset in India. Nonetheless, here are the specifications of the two handsets.

The Lenovo K5 Note is a better off device than the A5 if you look at the spec-sheet and price. It is sporting a 6-inch IPS display with 18:9 aspect ratio. No resolution details available for now. Also, we know that the processor is clocked at 1.8GHz but we don’t know the identity. It comes equipped with 4GB/3GB of RAM depending on the model. 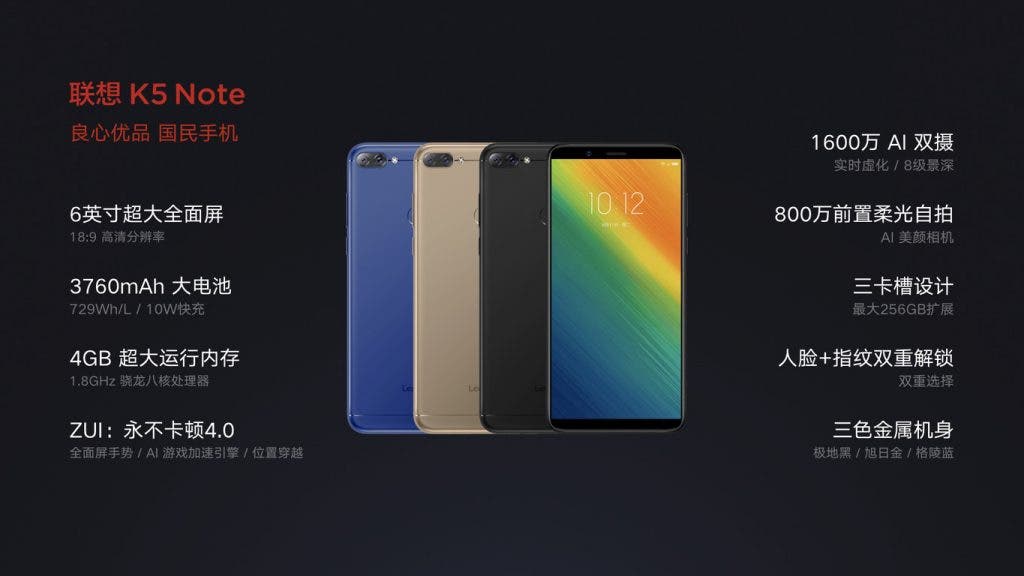 As for the Lenovo A5, it has a smaller 5.45-inch display with the above-mentioned aspect ratio. Again, we know the processor is clocked at 1.5GHz but the model wasn’t disclosed. It has 3GB of RAM and 16GB of storage. The primary sensor of the camera gets a downgrade from the K5 Note and settles for a 13MP + 8MP setup while the front has a lone 8MP sensor. The A5 also runs ZUI 4.0 but has a much bigger 4,000mAh battery.

The Lenovo K5 Note comes in Black, Gold and Blue. Pricing is as below.