We are only a few hours away from the official unveiling of the VIVO NEX smartphones which is tipped to arrive in three variant, at least baring any last minute change is plans. While we have been bombarded with leaks of the features, specifications, and design of the upcoming devices in the past few weeks, a piece of info which for some might be the most important detail about the upcoming smartphones might have just leaked out: the price, which we can now confirm won’t costs an arm and a leg to purchase.

A new leak from China’s Weibo posted by user  C Digital has the purported pricing details of the Vivo NEX powered by the Snapdragon 710 and the NEX S powered by the Snapdragon 845. According to the source, the SD 710 powered Vivo NEX which is tipped to be the base variant of the NEX lineup is set to arrive at 3798 yuan (~$592), while the flagship NEX S with the Snapdragon 845 chipset will go for 4498 yuan (~$702). And while these might not be the actual pricing of both devices, it is an indication that they won’t be overly priced, and might likely be the talk of the town in the next couple of weeks if launched within that price range. 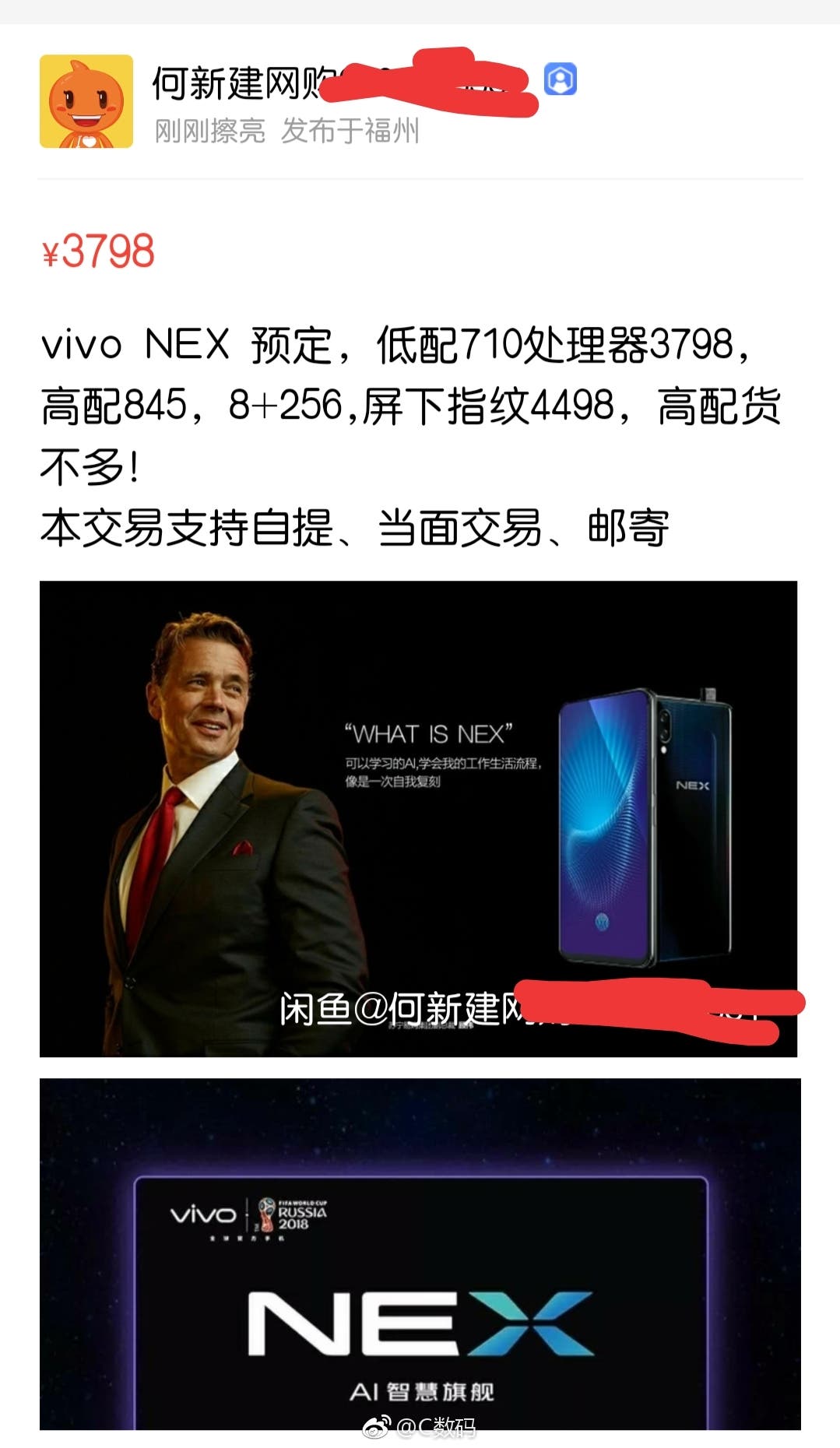 Check here for all what has been prematurely revealed about the three variant of the VIVO NEX, including specs, camera details ETC. The device goes official on June 12 in China.

Next LG G8 Thinq to Feature a 4K LCD Display?