Reputable market research firm, Counterpoint has released its data for the top five brands in the global smartphone market share in the first quarter of 2018. It was unexpected but Samsung topped the list. The South Korean tech giant has found its name missing in recent analysis of the well-performing smartphone brands but it seems to be getting back it’s footing in Q1 2018. Other OEMs that made the list includes Apple, Huawei, Xiaomi, and OPPO. 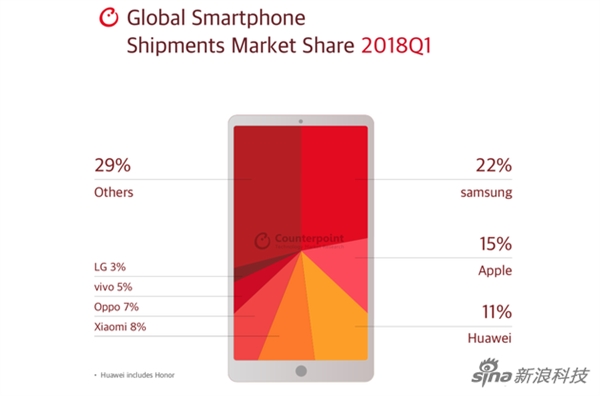 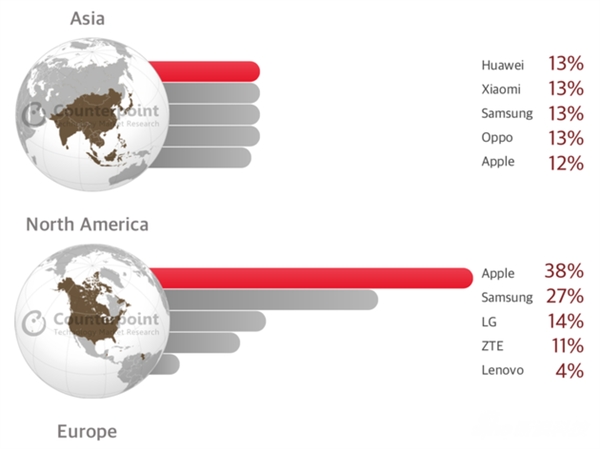 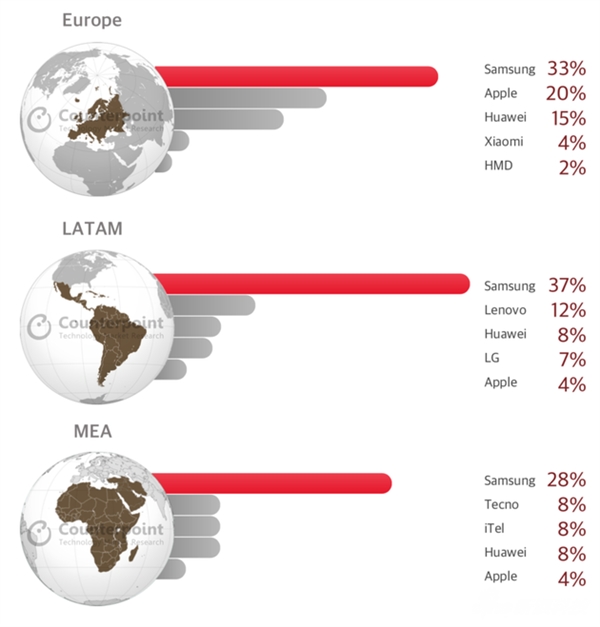 In terms of market share analyzed continent by continent, Samsung’s smartphones only performed weakly in the Asian region. It only accounted for 11% of the market share. It was equal to that of Huawei, Xiaomi, and oppo, which was slightly stronger than Apple’s 12%, but It is worth noting that Chinese manufacturers, especially Xiaomi and oppo, are still very strong in the Chinese market. In North America, Samsung’s smartphone market share accounted for 27%, weaker than Apple’s 38%, far higher than third place LG, and followed by ZTE and Lenovo. In regions such as Europe, Latin America, and Africa (MEA, Middle East Africa), Samsung is leading the pack with an absolute advantage of 33%, 37%, and 28% respectively. 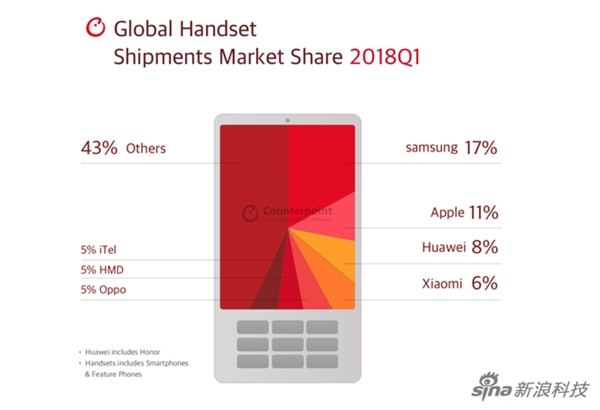 From this analysis, it can be seen that the market share in Asia has been occupied by domestic manufacturers such as Huawei Xiaomi, Oppo, etc. They are continuously engulfing the markets which were originally controlled by Apple and Samsung. In Africa, Chinese Tecno De Cano and iTel are shipping in large quantities, and are in line with Huawei’s share in the continent. 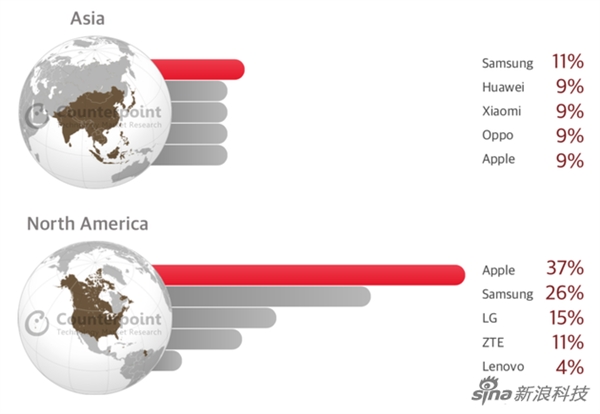 In addition to the smartphone market share in the first quarter of 2018, Counterpoint also gave a global market share of mobile phones (including smartphones and feature phones). Samsung ranked first with a share of 17%, followed by Apple, Huawei, and Xiaomi, which accounted for 11%, 8%, and 6% respectively. The top five mobile phone brands carved out half of the global mobile phone market share. According to the data, in the first quarter of 2018, global handset shipments increased by 6% year-on-year to 496 million units. However, European mobile phone market shipments fell by 10% and Middle East/Africa became the fastest growing regions, with an annual growth rate of 17%. 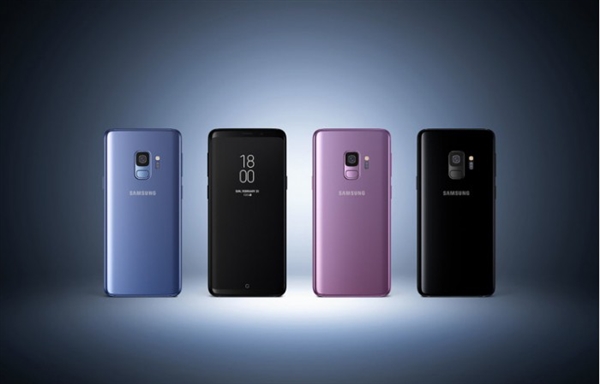 Samsung handset shipments fell 8% year-on-year, but shipments in the first quarter were unchanged from the fourth quarter of last year. From the data of various continents, Samsung holds the first advantage in Europe and Latin America, while in North America Apple is tops. Among the top five mobile phone manufacturers in Asia, three are from China, namely Huawei, Xiaomi, and OPPO.