Benchmark platform Antutu runs a survey every month in which they ask Android users how satisfied are they with their current smartphone. And well, according to the latest report, the Sony Xperia XZ Premium from 2017 is still leading; let’s have a closer look!

Let’s start by making some things clear; these stats are for China’s domestic market, so they might be different what you’d find in Europe, the US or other Asian countries. This data was also collected from May 1st to May 31st and will give an higher rate to the handsets that have been reviewed the most. 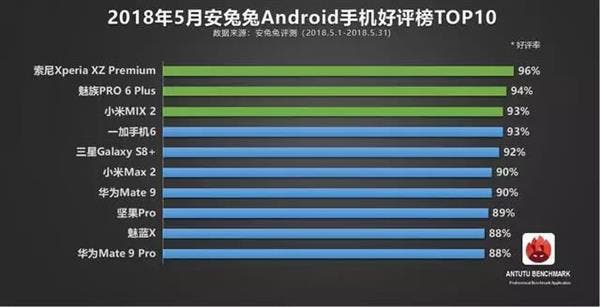 As we can see in the graph above, the leading smartphone on the list is the Sony Xperia XZ Premium, which is the company’s flagship for 2017. The biggest highlight of the phone is the use of the “MOTION EYE” rear camera system, which provides super slow motion shooting. At the same time, the built-in Qualcomm Snapdragon 835 CPU can bring a good performance and a smooth user experience. That’s probably why it got as high as 96% positive scores and thus ranked first. 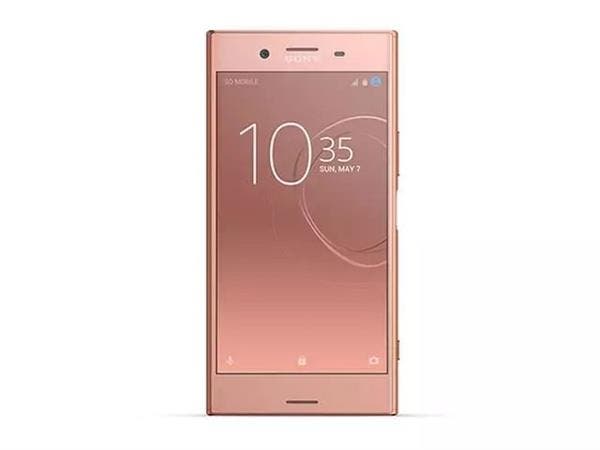 The Meizu PRO 6 Plus ranked second in the previous report, and the positive rate remained at 94%; Meanwhile the Xiaomi MIX 2 moves to third place with a positive rating of 93%.

In rank four we find the OnePlus 6, the handset just released in the domestic market in mid-May. Albeit being available for a very short time, the Qualcomm Snapdragon 845 powered phone achieved a praise rate of 93& mostly due to its great bang for the buck ratio.

Read Also:  Here are the fastest charging smartphones according to AnTuTu

Other differences with the previous list are the Meizu X and Huawei Mate 9 Pro, both of which have a positive rate of 88%, tied for TOP 10.

What do you guys think about this Antutu survey? Do you agree with these ratings coming from China? Let us know down below.