When Vivo demoed the Apex at MWC 2018, it immediately raised questions of mass production and retail availability. At that moment, Vivo just said it was a concept phone. Obviously, what a let down it would be to see such a gorgeous device never reach the people. Fast forward to today, and Vivo is giving the Chinese populace the Vivo Nex, which is a refined Vivo Apex.

The Vivo Nex design is somewhat different than the Vivo Apex in that it is much more ergonomic and ready for use. Also somewhat surprising is the fact that there’s no Nex S, or Nex A or anything else. There’s just the Vivo Nex and Nex Ultimate. In total, there are three variants. But we’ll get to that in the end.

Interestingly there are some things that leaks have missed this whole time. And we’ll get to that first. The Vivo Nex has a dedicated voice assistant called Jovi that can be activated via a dedicated button. There are a lot of details to Jovi, but for now, let’s just wrap it up in a bulleted form. We can get to details sometime later.

The second highlight of the event was the on-screen fingerprint. Vivo said that this the third generation sensor whereas the X21 UD had second-gen sensors. This one is 10 percent faster and 50 percent more accurate, good job Vivo! 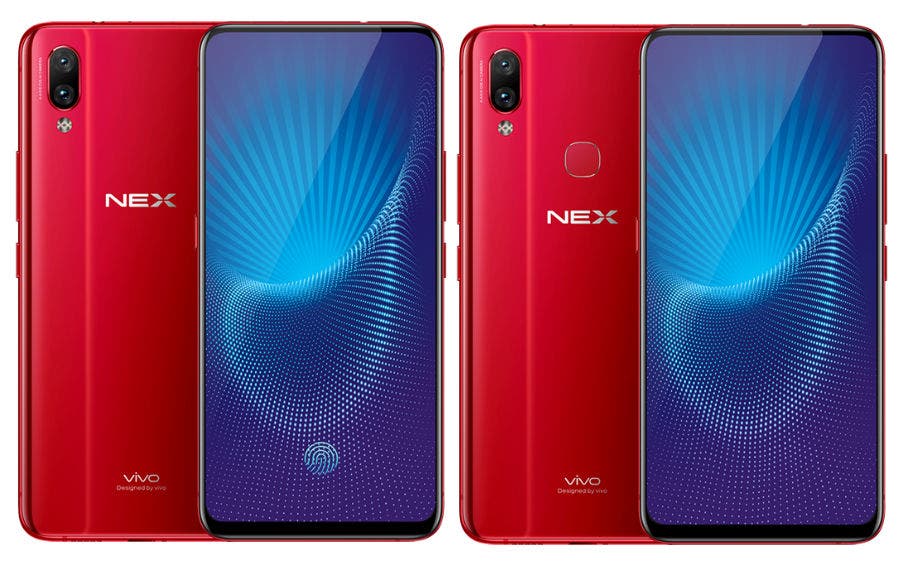 The other highlight was for the camera and specs are as we’ve seen earlier. There’s a 12MP + 5MP rear setup and there’s AI everywhere. There’s Qualcomm’s Artificial Intelligence Engineering, AI scene recognition, AI filters, and AI HDR as well. In short, there’s a bit of AI overload here. The 12MP sensor is a Sony IMX363 lens that has ƒ/1.8 aperture. You also get OIS and 4K video recording with the setup. The pop-up selfie camera is armed with AI Beauty and is an 8MP sensor.

Vivo then laid emphasis on its Game Engine that is made with the help of Tencent Games. The Vivo Nex will use Unreal Engine to provide an ideal above-par gaming experience. This experience will be elevated by 7.1-channel 3D audio, thanks to dtsX partnership. The phone also has a completely new UI called Energy UI. Well, this will be something you’ll have to see to get an idea of it.

Now let’s talk specs. The Vivo Nex is the Snapdragon 710 version we’ve been hearing about. And it is the lowest-end lowest priced piece of art. The other two variants belong to Nex Ultimate and feature the Snapdragon 845 chip. All three, boast a marvellous 6.59-inch Full HD+ Super AMOLED screen (19.3:9 aspect ratio). The screen-to-body ratio is a jaw-dropping never seem before 91.24 percent. The Vivo Nex features 6GB of RAM and 128GB of storage. Camera specs of all the three variants are equal and the same as mentioned above. The battery is also the same in all three variants – 4000mAh.
The Nex Ultimate consists of a 8GB + 128GB variant and a 8GB + 256GB variant. So, let’s declutter that for you. One more difference between the Nex and Nex Ultimate is the fingerprint reader. Vivo Nex has a traditional rear sensor. The Nex Ultimate has the on-screen one. 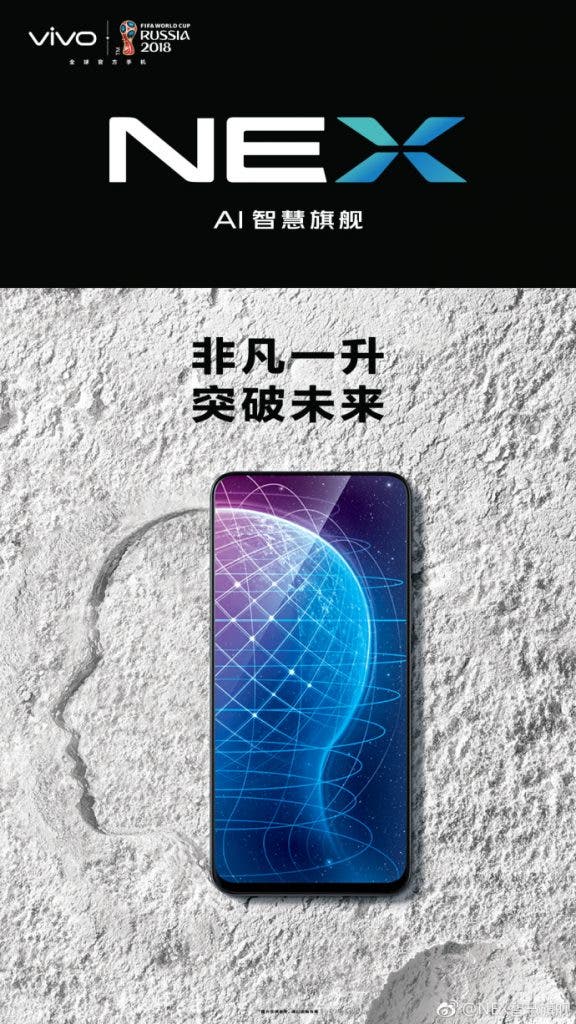 There are no details of availability outside of Chine right now, but we look for confirmation in the weeks ahead.