Today, Lenovo launched the first model of its ThinkPad family packed with the new Intel Coffee-Lake hexa-core processors. It’s dubbed the Lenovo ThinkPad P52. The latter is not only the first workstation with the new SoC but also the company’s first VR-ready mobile workstation in the more compact 15.6-inch size. 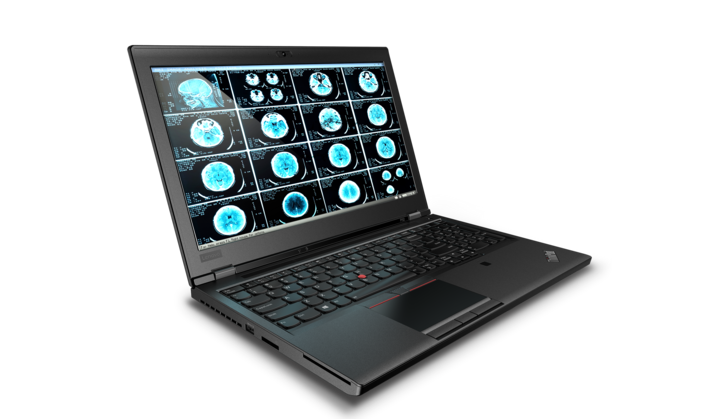 Actually, the market is full of ThinkPad laptops. Myriads of them have been launched this year, including quite popular models such as the ThinkPad T480s and ThinkPad X1 Carbon 2018. But as we know, mobile workstations focus on performance more similar to the gaming laptops. The main difference between those two is that the mobile workstations are mainly supposed to be used for CPU- and GPU-intensive work-tasks. So it’s expected to see many upgrades in the performance. As you guess, we are talking about the newest 8th-gen Intel CPUs with up to 6 cores (including Intel Xeon options) and also up to 128GB RAM. By the way, it’s done for the first time.

However, the biggest improvement refers to the graphics performance. The ThinkPad P52 adopts newer Pascal-based GPU technology, which brings better GPU-options for a 15.6-inch workstation. It is offered with the new Nvidia Quadro P3200 based on the Nvidia GeForce GTX 1060. It’s a step forward when comparing to the previous model, the ThinkPad P51. If not aware, this version came with Maxwell-based Nvidia Quadro chips with the Quadro M2200 based on the Nvidia GeForce GTX 965M.

In terms of appearance, the Lenovo ThinkPad P52 looks identical to its predecessors. However, we can notice some minor changes concerning the keyboard and the dedicated numpad. But we can’t say the same for the interfaces. The manufacturer removed one USB A port and the traditional bottom docking connector and comes with two Thunderbolt 3 ports instead. Moreover, there is a new cable dock dubbed called the ‘ThinkPad Thunderbolt Workstation Dock.’ At last, Lenovo dropped the ExpressCard expansion-slot and added an optional Infrared-camera for Windows Hello.

Now let’s take a look at the most attractive feature of the Lenovo ThinkPad P52 mobile workstation. It uses a non-touch IPS screen with a Full HD resolution, a brightness of 300 cd/m², and a 72 % NTSC color gamut. The second screen option is even more outstanding with an Ultra HD (3,840 x 2,160) IPS touch panel, a 400 cd/m², a 100 % NTSC gamut, and AdobeRGB.

The Lenovo ThinkPad P52 will be available in late June