Xiaomi’s sub-brand Mijia just launched its first Gimbal for smartphones. Xiaomi has earlier launched gimbals for the Ninebot Plus as well as its affordable 4K camera under its subsidiary – Mijia. However, this is the first Mijia-branded smartphone Gimbal. It costs 599 Yuan or (approx $93 / Rs 6300) and will be on sale starting June 16th in China.

This is a 3-axis gimbal similar in terms of design to the ones launched earlier. The 3-axis stabilization is helped by high precision attitude sensors and a full closure servo system for real-time stabilization with 0.03-degree accuracy. 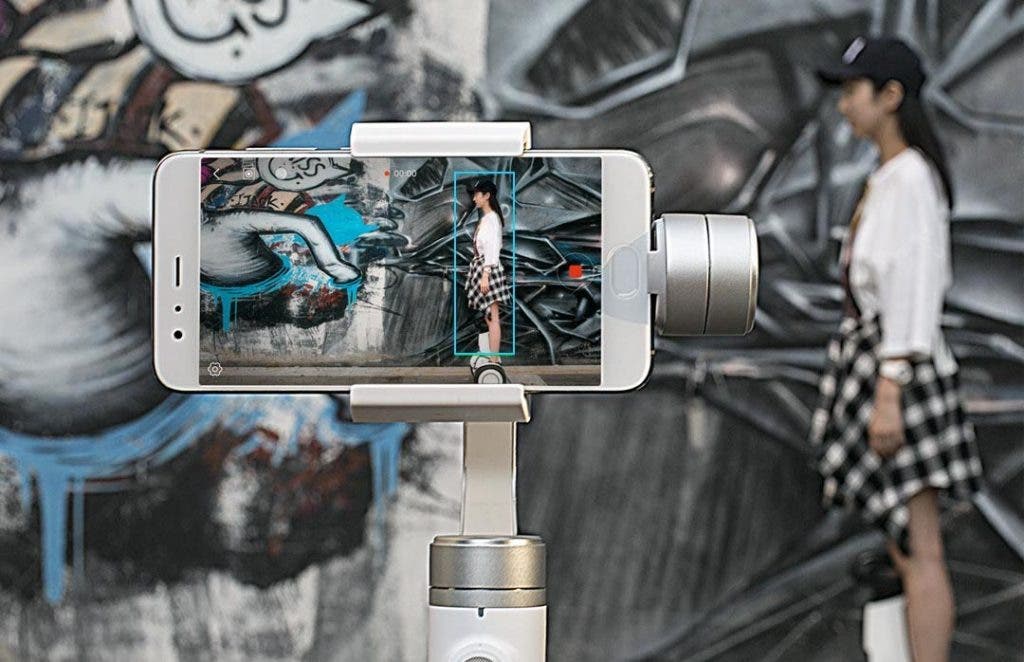 The gimbal can widen up to 86mm and handle smartphones of up to 200 grams weight. There are options for a quick selfie mode, and time-lapse photos by pairing to an app. It can also follow a subject once it is guided by an app to do so. The Mijia Gimbal has a 5,000mAh battery that lasts 16 hours.

It also has an output to charge other smartphones via a 5V/1.5A unit. The Mijia Gimbal does have a beefy battery, that while combined with its polycarbonate construction weighs 476 grams. It can also be attached to other accessories like tripods via a 1/4-inch screw present at the bottom. For now, this remains in China, and no word for availability in other countries is declared. However, that might change in the future.