We recently saw a Xiaomi smartphone with a notch pass TENAA, and no it was not the Mi 8 or Mi 8 SE. The device was alleged to be the Redmi 6 Pro. It was believed that the company could launch it with the Redmi 6. However, that launch event came and went but there was not a word about the Redmi 6 Pro. Well, it seems, Xiaomi will have a separate event for the device. At least, the existence of the phone is now confirmed by evidence found in the code of Xiaomi’s website. Also, references to the Mi Max 3, and Mi Pad 4 were found as well. Both these devices have also been on and off the radar for some time.

The Redmi 6 Pro that passed TENAA with suspected model number M1805D1SE will have a quad camera setup. Two on the front notch, and two on the back. It will also come with a 5.84-inch Full-HD+ display and a 19:9 aspect ratio. The processor isn’t confirmed but 2.0 GHz is plenty of power, I guess. As usual, the battery is 4,000mAh. All this info is backed by TENAA. 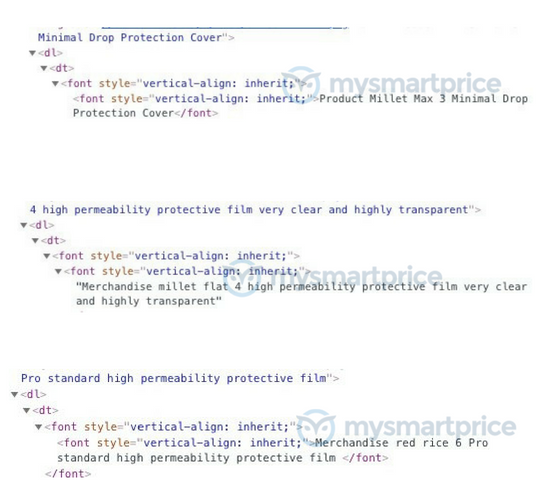 As for the Mi Max 3, it is a very shady device right now. Talk around town is that it will have a massive 6.99-inch display with Full-HD+ resolution and an 18:9 aspect ratio. That aspect ratio is why the physical footprint could be the same as last year. Moreover, we could see a Snapdragon 710 SoC, 6GB of RAM, and a mammoth 5,500mAh battery for the tablet-turned phablet.

The reference on Xiaomi’s website is good enough evidence to warrant talks about a launch in the near future. The Mi Pad 4, for instance, has received 3C certification as well. It seems just a matter of time before the other two devices will be spotted jumping ropes of TENAA.