A few months ago, a dual camera setup was a feature reserved for flagship smartphones but as of today, mid-range and even some entry-level devices integrate this feature to make it attractive. One company that definitely does not care about a dual camera setup is Google. A new leak of what is suppose to be the casing of Google’s upcoming Pixel 3 XL shows that, the Google Pixel 3 XL will use a single rear camera setup, just like its predecessors. 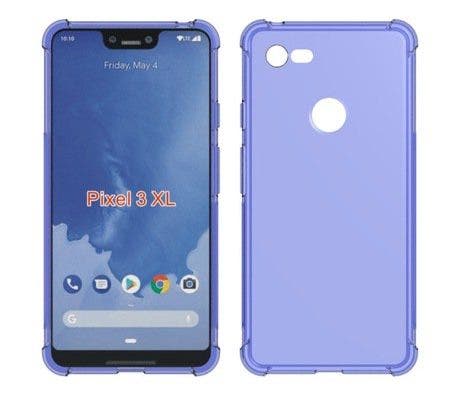 Are potential users of the Pixel 3XL suppose to be worried about this? Certainly not. Recall that the Pixel 2 also uses a single-lens setup but its camera quality is unmatched when placed side by side with many flagship devices with a dual camera setup. Google surely knows how to tweak its software such that the functions of the second lens are incorporated in the software of the Pixel 3 and Pixel 3 XL.

The front of this device may not be appealing to many Android users because of the notch but come on, most 2018 flagship uses a notch and we are left with just Samsung who have not used a notch for now. The sides of the display are neatly bezel-less but we have a significant chin which hosts a front-firing speaker. On the notch, we can see what looks like two camera sensors but since Google does not fancy dual camera’s, it would be nice if this is some sort of 3D Face ID feature. This smartphone is not meeting with us till the end of this year (Q4 2018), so this is probably just one of many leaks that will be churning out.

Next A Series Of Samsung's Devices Gets June Security Patch