Since last week, more and more evidence is piling up regarding the Mi A2, Xiaomi’s second Android One phone. Last week, a video of the handset appeared on YouTube channel PimpiTronic, managed by a Spanish duo. That clip has since been taken down but has ignited hopes of an Mi A2 launch amongst fans of the series.

Now, the handset has been put through its paces on AnTuTu courtesy of the same two Spanish guys who have the channel. The AnTuTu scores were posted by them on their website and some specs were also revealed on there. The AnTuTu listing, in particular reaffirms the code name of the Mi A2 that is Jasmine. For more hands-on images and specs, you can visit their website. 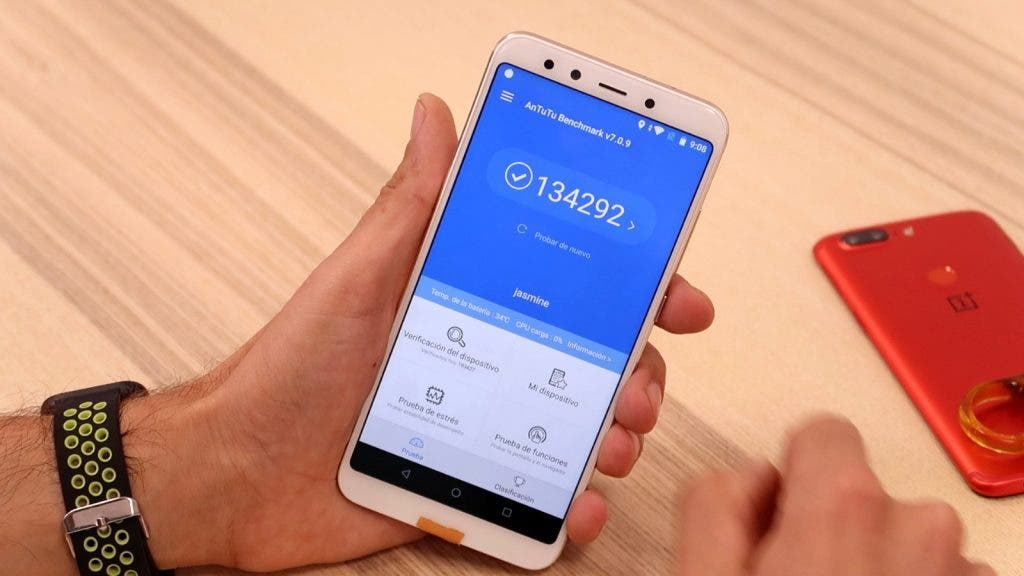 Now the AnTuTu listing brings us nothing new but it is one more addition to the piling evidence that the phone is close to release. Speaking of which, two days back, the Mi A2 was listed on a retail e-portal of Switzerland. Not only did it reveal the prices it also mentioned that the sales would kick off on August 8. As for the prices, it was astonishingly on the higher side with the base variant (4GB + 32GB) starting at 289 EUR (Rs.22,800 approx.). The 4GB + 64GB variant is priced 329 EUR (Rs.26,000 approx.) while the 6GB + 128GB costs 369 EUR (Rs.29,100 approx.).

It is thought that Indian pricing would differ a lot from this European price tag, however, right now we simply don’t have any confirmation of the handset launching anywhere from Xiaomi.