Xiaomi announced the Redmi 6 and the Redmi 6A a couple of days back in China, without a word on the status of the Pro version. Now, the company will be heading to India on June 25 when it is expected to introduce the aforementioned devices to the Indian Market, while also announcing the Redmi 6 Pro, and the Mi Pad 4.

While we already know quite some useful features and even a glimpse of the device already via TENAA, a couple of alleged live images of the smartphone have just surfaced corroborating the design aspect of it. As you can see in the images below, the Redmi 6 pro is tipped to come with the trendy irregular display notch, and if that pans out, it will end up the first Redmi series to feature the notch, with a mass of bezels below the display, while the two sides and the top barely have any noticeable bezels.

Flipping to the back, the design is still inspired by the Apple iPhone X featuring a  vertically-aligned dual-camera setup with a LED flash sitting by the sides.

Ahead of the launch 25th June, the smartphone has passed TENAA where a handful of the internals was revealed. As per the listing on TENAA, the Redmi 6 pro is tipped to be an entry-mid level device with a display measuring 5.45-inches Full-HD+ resolution and 19:9 aspect ratio. Under the hood, the device will ditch the Mediatek Helio chips found in the Redmi 6 and Redmi 6A for a Snapdragon 625 chip. While RAM and storage variants are not known, it is expected to get 2GB RAM+16GB storage, 3GB RAM+32GB storage, and 4GB RAM+64GB versions.

Other expected specs include 12MP + 5MP dual rear cameras with support for PDAF, 1080p recording, 5MP selfie camera, a 3,900mAh battery, while Android 8.1 Oreo will grace the screens of the 6 Pro units. 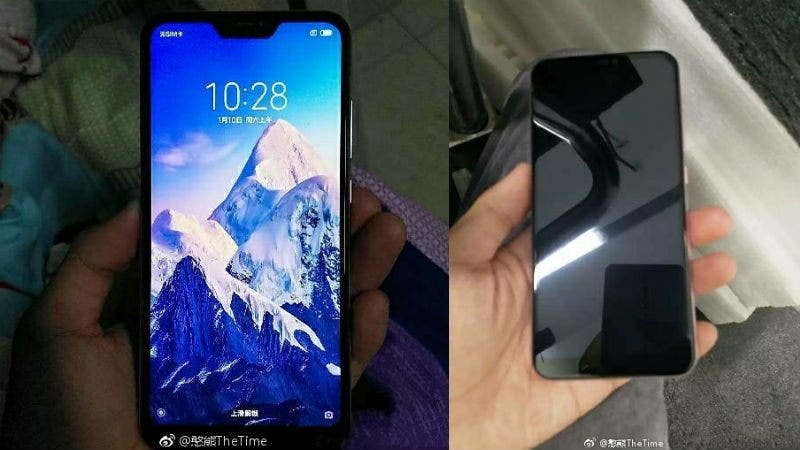 Detail specs as well as prices, and availability outside of China will all be known in a few days from now.