Today, a bunch of VIVO models passed TENAA certification. We have already managed to talk about two smartphones with model numbers of V1803BA and V1730DT. A bit later, another handset with a model number of V1730DA appeared on TENAA as well. Let’s see what key features it comes with and what differences it has if compared to the V1730DT. 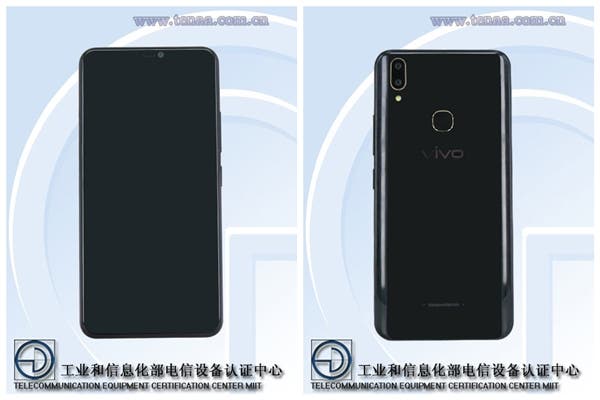 According to the data given by the Ministry of Industry and Information Technology, the new machine uses a 6.26-inch display with a screen resolution of 2280×1080. Thus it sports almost an identical screen to the aforementioned models. But its resolution is higher. While they come with an HD+ resolution, our protagonist features a Full HD+ resolution.

The back of the phone is similar to the VIVO X21, with vertically placed dual-camera and fingerprint recognition. There is every reason to think, the V1730DA will use a 3D curved glass. Three color options will be available, including, champagne gold, rose gold, and matte black. In this sense, there are no differences when compared to the model above.

As for hardware configuration, the V1730DA’s CPU clock speed is 1.8GHz similar to the V1730DT. The SoC is said to be coupled with a 4GB of RAM and 128GB storage. The latter is doubled in comparison to its sibling. However, the 13MP+2MP rear camera, 3180mAh battery, and Android 8.1 out of the box are the same.

Obviously, we are dealing with a mid-range VIVO phone, which will belong to the Y series.