On June 6, Chinese manufacturer, Huawei, released its newest flagship, Honor Play. In the release conference, Huawei’s CEO, Yu Chengdong, announced its “very scary technology” which is a revolutionary graphics processing acceleration technology called GPU Turbo. The company said that this tech increase graphics processing efficiency by up to 60% and SOC power consumption by 30%.  After the Huawei Mate 10 series which started GPU Turbo beta testing on June 7, the company recruited GPU Turbo beta testers for Huawei Honor 10. Now, it is the turn of the Huawei P20 Series (P20 and P20 Pro). Interested participants should ensure that their smartphone has not been rooted and the system version is 8.1.0.123 and above. 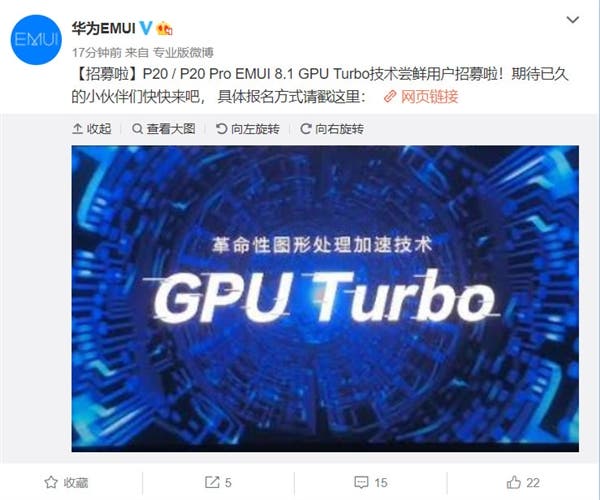 In addition to improving GPU performance and reducing power consumption, GPU Turbo can also bring HDR enhanced effects to the gaming, allowing for clearer picture quality and richer color details. The emergence of GPU Turbo will not only help the flagship devices but also the GPU performance of low-end and mid-range smartphones so that they can use technical means to avoid simply stacking hardware and still improve the user experience.