A poster depicting the alleged Nubia Z18S has made an appearance. From the looks of it, our speculations regarding a secondary display might not be so baseless after all. 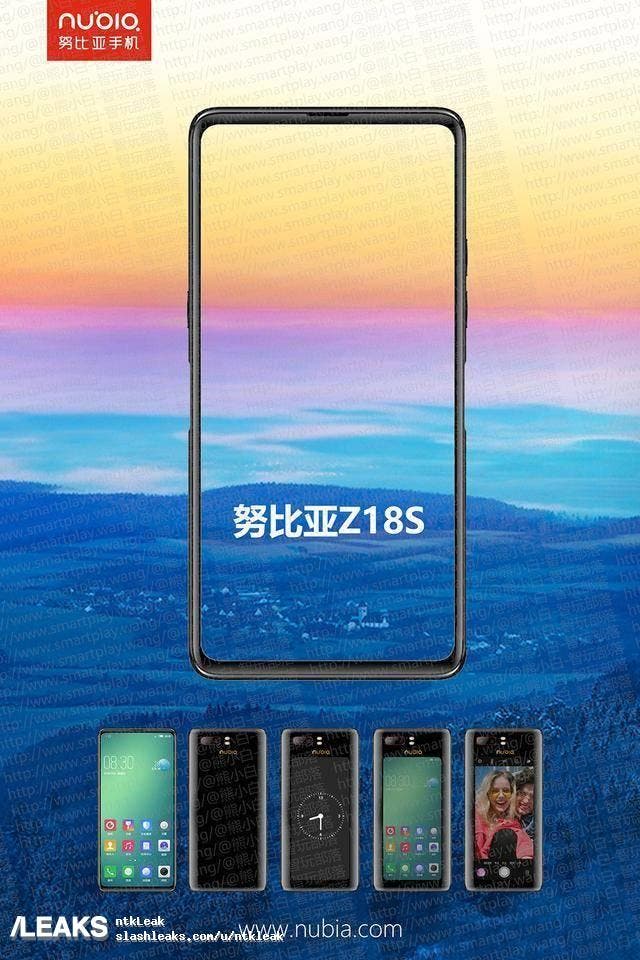 The leaked poster suggests the presence of the Z18S, probably the beefier and feature-rich version of the upcoming Nubia Z18. The poster details a full-screen phone with a barely there chin and zero bezels on the sides and the top. The back of the phone sports a dual camera setup and right in the middle of the rear sits a full-fledged that is apparently a complete copy of the main screen. That’s quite a ballsy move to make, since having two displays would require a significant amount of power in the battery department. And the application of a secondary display like that beats me. Unless it’s a transflective panel. And if that’s the case, Nubia will score quite some points with the Z18S. A transflective panel would make much more sense in this scenario as it does not eat up half as much battery as a normal display and has amazing sunlight visibility.

Another reason why Nubia might have opted for a secondary display is to eliminate the use of a front camera. But this application has quite a few drawbacks. I for one would not like to keep turning my phone around just to take a selfie or make a video call. While the approach is unique, it is not the best. But these are mere speculations that we have made based on the leaks that have made their way to the web in the past few days. Nubia might be fashioning a completely different use of the secondary display which we might come to know in the coming weeks. There’s an apparent rumour that the launch of the Nubia Z18 has been postponed to as far as September. So stay tuned!