HMD Global just made another step in its global expansion in order to push Nokia’s name forward. The Finnish company just released the entry smartphone Nokia 3.1 in the United States, that is now available for purchase in various retailers such as Amazon, BestBuy, and B&H Video. The handset carries the $160 price tag and comes unlocked.

However, there is a small catch, despite its “Unlocked” status, the Nokia 3.1 doesn’t support most of the CDMA carriers in the Uncle Sam country. So users wishing to grab this device will have to choose between AT&T, T-Mobile, Cricket Wireless and some other carriers with GSM connectivity. 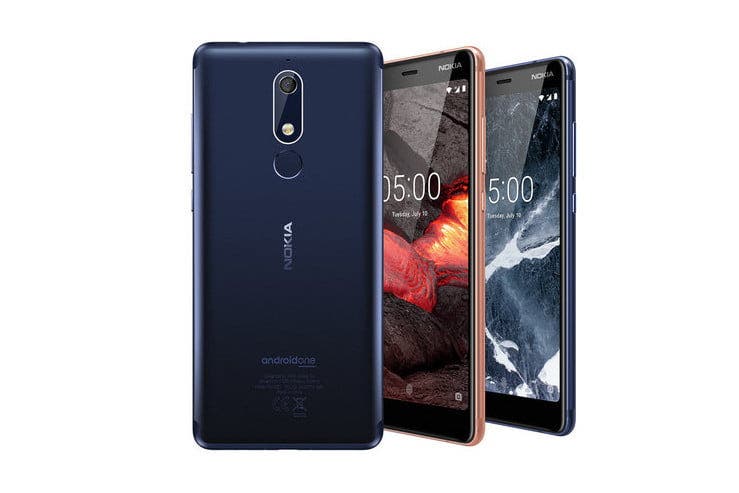 Despite this lack, the Nokia 3.1 feels like a good and affordable choice for those who wish to feel the taste of an Android One device with a long-term support and the pure experience of Google’s OS. Worth mentioning that it comes with Android 8.0 Oreo out-the-box, but since this is an Android One device, it should be updated to Android P few months after its official release.

If you’re unaware of Nokia 3.1 specs, we are here to enlighten your mind. The handset sports a 5.2-inch display with 1440×720 pixels of resolution, which results in an 18:9 aspect ratio, the display is covered by the Gorilla Glass 3 protection. On the camera department, the smartphone brings a 13MP main camera on the rear and 8MP front-facing snapper. The handset is powered by the MediaTek MT6750 Octa-Core processor paired with 2GB of RAM and 16GB expandable storage.

The US customers interested in this low-end smartphone will be able to choose between three color combinations: Blue Copper, Black Chrome, and White Iron.