In recent times, there have been some reports which suggest that a new fleet of iPads are on their way. Now, five new iPads have been certified by the Eurasian Economic Commission (ECC) which implies that the rumors are somewhat true. These devices all run on iOS 11 system and they are registered as A1876, A1935, A1979, A2013, and A2014. 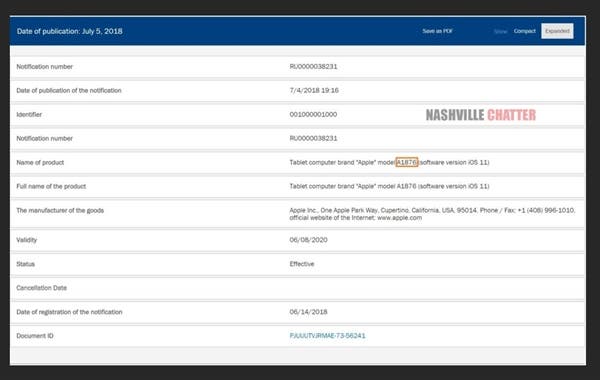 However, considering that Apple just released the 9.7-inch new iPad (A10 processor + Apple Pencil) in March, if a product has been finalized in the regular iPad lineup, it is unlikely to be launched so soon. It may have to wait until the autumn conference in September or towards the end of the year. Also, iPad mini product line has not been updated for about three years thus it is not out of place to suggest that at least two of these models may be Wi-Fi and 4G LTE variants of this series. 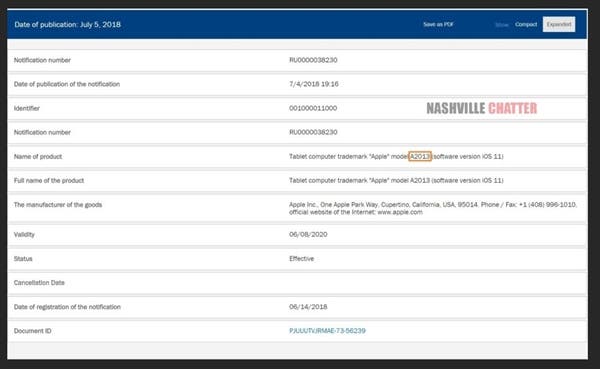 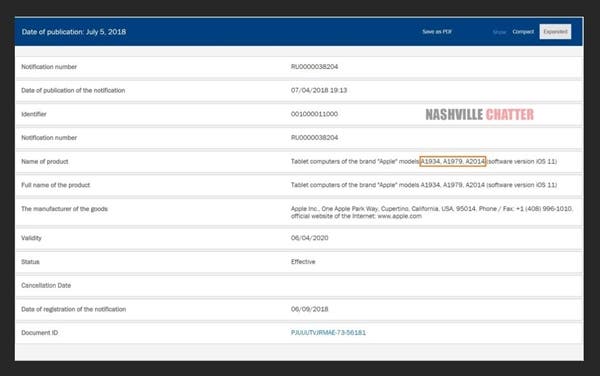 Previously, developers found out from the firmware of iOS 12 that the upcoming iPad would support Face recognition feature. From a general perspective, this feature will most-likely come with one of these models, depending on which generation Apple decided to use. The iPad Pro series is most probably because it is expected to arrive with more advanced features and thinner bezels.