Meizu technology’s founder – Huang Zhang – has been keeping himself busy on the web over the past weeks. He’s indeed been leaking details about the upcoming Meizu 16 flagship phone almost daily. Because of that, some of its followers have decided to create a roundup map with all the info he’s revealed this far.

The map (image below) is in Chinese, so it’ll hard for most users to comprehend it, but here’s a quick recap.

Let’s begin with the design. The Meizu 16 will come with an 18:9 aspect ratio display, smaller for the plain 16 and bigger for the Meizu 16 Plus (obviously), surrounded by very slim bezels on both the top, bottom and sides. The bottom one will also thinner than what we have on the Xiaomi Mi 8 and look more symmetrical overall. The smartphone will be available in white as well. 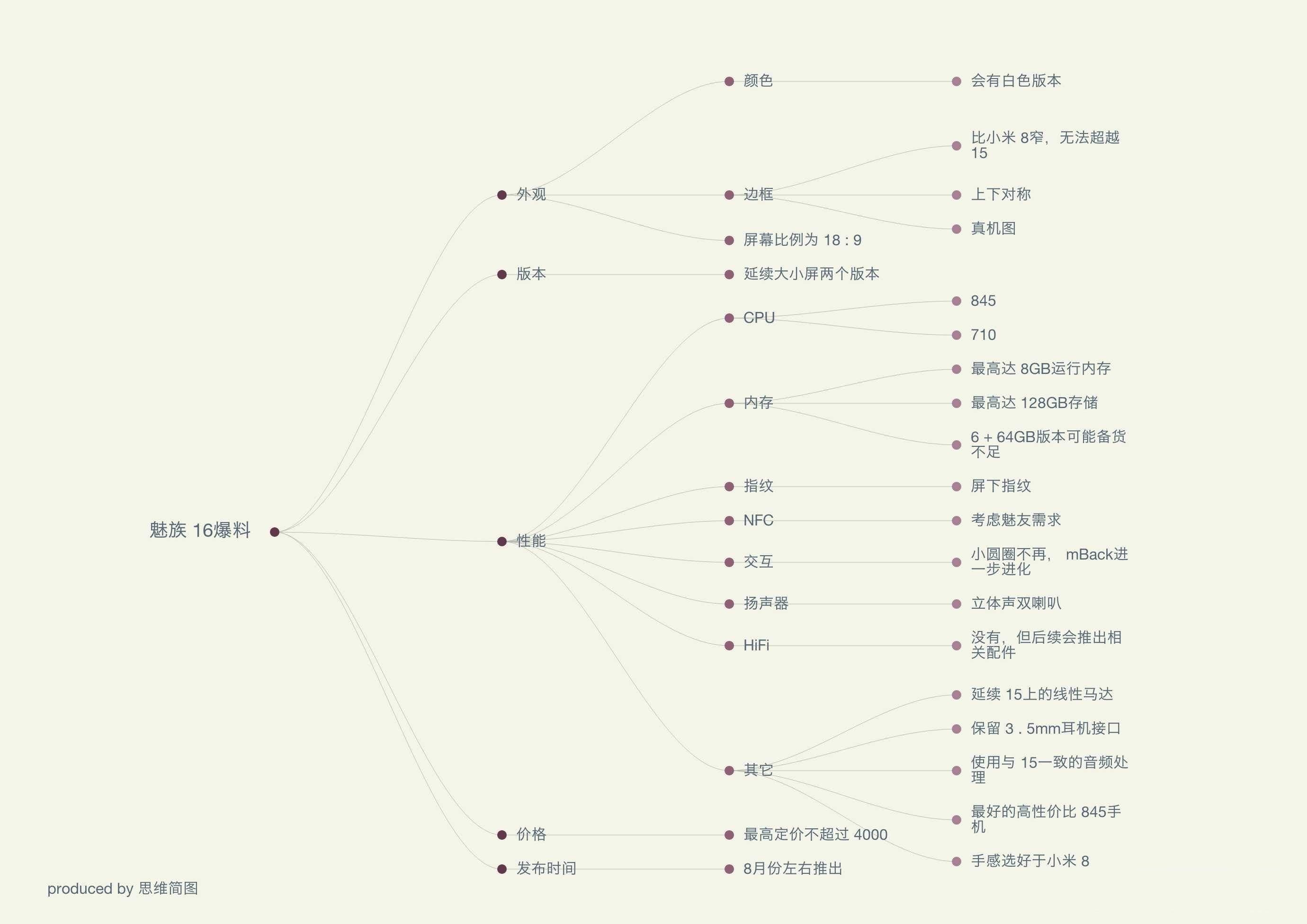 Specs wise, the Meizu 16 will be available in two versions, one sporting a Snapdragon 845 and another coming with the slightly less powerful Snapdragon 710. RAM will go from 6GB to up to 8GB, meanwhile internal storage will go from 64GB to 256GB.

Both Meizu 16s will pack an under-display fingerprint scanner, there will be a dual stereo speakers but no Hi-Fi support as the audio processor is the same as the 15 series. Sadly, NFC is also most likely not going to be available.

Finally, Meizu’s iconic circle home button has been removed but there will be an evolved mBack button, probably a pressure sensitive one Samsung S9 style. The smartphone is expect to still pack a 3.5mm headphone jack.

The Meizu 16 will be released around August, with a maximum price below 4000 Yuan ($601), making it one of the most cost-effective Qualcomm Snapdragon 845 powered mobile phone.