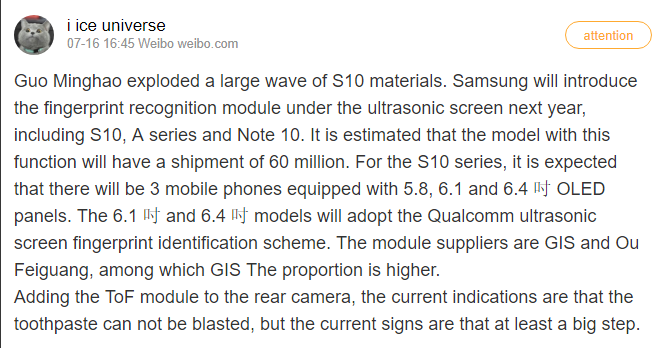 The Galaxy A series is Samsung phones with cosmetic appeal of a flagship and specs of a mid-range phone at a price more than a mid-range phone. The Galaxy A (2019) will apparently sport an in-display fingerprint scanner. The A series of 2018 came equipped with infinity displays like the flagships. So an in-display fingerprint scanner does not seem like a distant dream. But that might come with hefty price tag thanks to “semi-premium” status.