Apple has fallen into a freezing point in the Indian market. A few days ago, it was reported the Apple iPhone market in India sold less than 1 million units in the first half of the year. Three Apple sales executives left the company while restructuring their business. According to a report from Counterpoint Research, it has only a 2.5% market share in India, and even in 2017, Apple sold only 3.2 million iPhones in India. 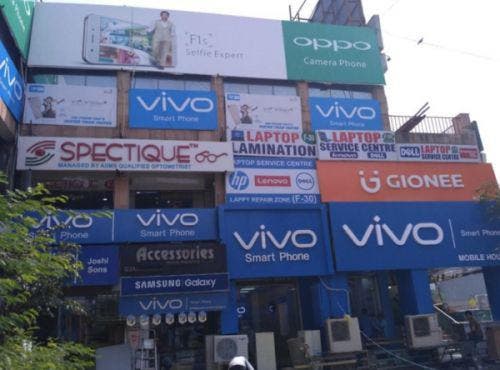 But not only Apple is experiencing more and more competitive pressure from India, Samsung, the number one manufacturer in the Indian market, has also increased its investment in India. Chinese phone makers have established factories there. As a result, they are able to make way cheaper smartphones that make a tough competition to the top brands. That’s why more and more Indian customers are looking towards those brands when buying a new phone.

Actually, the iPhone is not sold in India well because Apple has not paid much attention to the Indian market in the past. The Cupertino-based company didn’t make large-scale market research in order to understand the Indian market requirements and specifications. This caused real problems for the sales team. Indians focus on practicality and economy. So if Apple doesn’t do its best to prove the iPhone is the best offer in this sense, Indian won’t pay attention to it at all.

On the other hand, high tariffs in the Indian market have raised the price of imported electronic products such as the iPhone. Since India introduced the “India Manufacturing Plan” in 2014, it has been strategically raising import tariffs to support local manufacturing. The smartphone import tax rate has risen from 10% to 20%, and India has even refused to offer any tax benefits to Apple.

Why is India so resolutely refusing to offer any tax benefits to Apple? Obviously, the Indian government is taking into account India’s livelihood and income. As the country with the second largest population in the world, India’s economic situation and income situation are not optimistic. Today, India’s per capita GDP and income are less than a quarter of China’s, close to 20%, and per capita income ranks 136th in the world. Earlier, Indian media said that China’s poorest life was moderate in India.

According to India’s economic growth rate, India’s annual growth rate has reached 7.2%. From the next 5 to 10 years, it may not rise to 40% to 50% of China’s per capita income. But even if it can reach this data, most Indian people still can’t afford the iPhone. Forbes issued a statement saying that even if China’s economic growth stops completely, and India’s economy grows at a rate of 10% a year, India will not catch up with China until 2034.

However, Apple did not recognize India’s national conditions and facts, and also proposed various preferential policies in India. Some Indian officials said that Apple’s request is unprecedented in foreign companies, such as requiring tax-free treatment for parts, capital expenditures, manufacturing operations and other businesses in the next 15 years.

In fact, like a person, Apple needs to know how to choose and give up. Based on the cost and market timing, as well as India’s current competitive landscape and the difficulty of rushing, Apple is actually considering giving up the Indian market.