Tomorrow, July 19th, Xiaomi’s next generation of giant screen phones – the Xiaomi Max 3 – will be officially released. As you may have already read from our previous article, Mi Max 3’s specs have already been fully unveiled by Xiaomi’s president himself, with the only unknown factor left being pricing. About that we only have a “1_99 Yuan” poster which suggests the phone will cost less than 2000 Yuan ($300) and definitely more than 1000 Yuan ($150).

Today, Xiaomi’s official Weibo account released another teaser with the words “a large-screen mobile phone with one hand”.

Translated to “real” English that means the Mi Max 3, albeit sporting a massive 6.9-inch display, will still be easy to use with a single hand. Now, we aren’t sure if they’re trying to say that the smartphone is overall very compact thanks to the 18:9 display aspect ratio which should make the phone narrower, or they adopted some new software tricks that will ease one-hand operations. To actually find out what they mean we’ll have to wait for the official launch happening tomorrow. 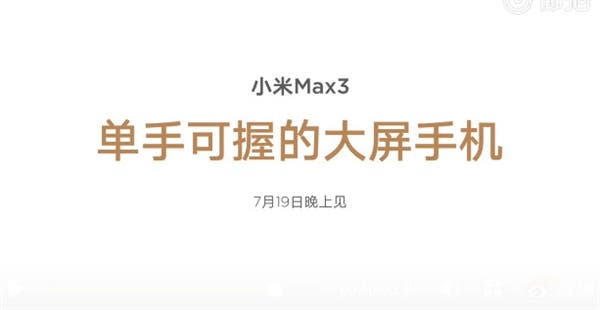 For those who haven’t been in the loop with Mi Max 3 rumors and leaks, here’s a quick recap. The smartphone will be equipped with a Snapdragon 636, 4GB/6GB of RAM and 64GB/128GB of internal storage. 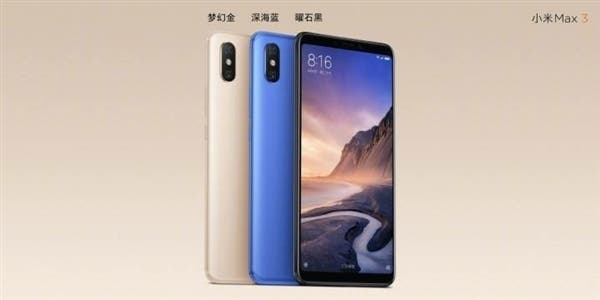