Two of the shiniest new silicone on the smartphone segment happen to have the same number sequence. We speak about the Snapdragon 710 and the Huawei HiSilicon Kirin 710 chipsets. Both are fairly new and both cater to mid-range grade of phones. So, it’s natural to wonder how they stack up against each other. We are about to find out just that as Huawei’s first ever device with the Kirin 710 -the Nova 3i has been put through its paces on popular benchmarking platform, Geekbench. 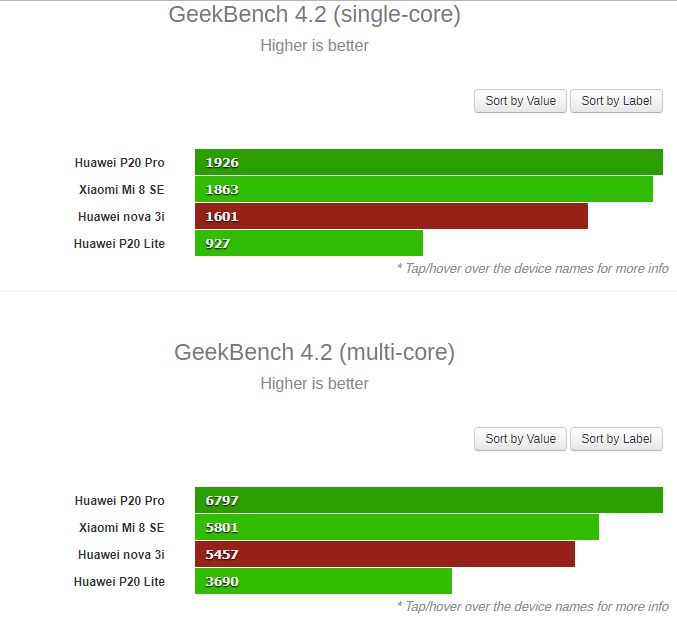 For this particular test, the Nova 3i was pitted against the Mi 8 SE and results weren’t very surprising. The Mi 8 SE managed to outpace the Nova 3i on both single-core and multi-core tests. Particularly, the SD 710 looks better in single core tests while the advantage is cut in mutli core. However, if you compare the Kirin 710 to its own older generation, the Kirin 659, you see the big change. In this case, the Kirin 659 chip – holder is the P20 Lite that lagged behind all competitors and ended at the surface of the chart.