This year, the Galaxy Note 9 will hit the shelves earlier than any other device in the phablet Note series. Reports say Samsung will announce the device an August 9 with an August 24 release date. Preparatory to the August 9 unveiling, the upcoming Galaxy Note 9 has received several requisite certifications in various countries, which mean the South Korean giant is preparing the ground for immediate release in the affected countries.

Shortly after it clinched TENAA’s and ANATEL certification in China and Brazil respectively, the Galaxy Note 9 has now been certified the NCC in Taiwan. The certification page doesn’t mention any specific name, it only referred to the device with the SM-N960F/DS model number which we already know as the dual-SIM variant of the Galaxy Note 9.

We already know a lot about the upcoming device, thanks to a series of leaks, renders, rumors and certification from various bodies, however, Samsung hasn’t officially confirmed any of these rumored specs. You can check our Galaxy Note 9 rumored specs, and renders page here.

A new leak from Europe suggests the asking price for both the base and high-end variants of the Galaxy Note 9 will be the most unrealistic ever seen for the Note series of Sammy’s phones. 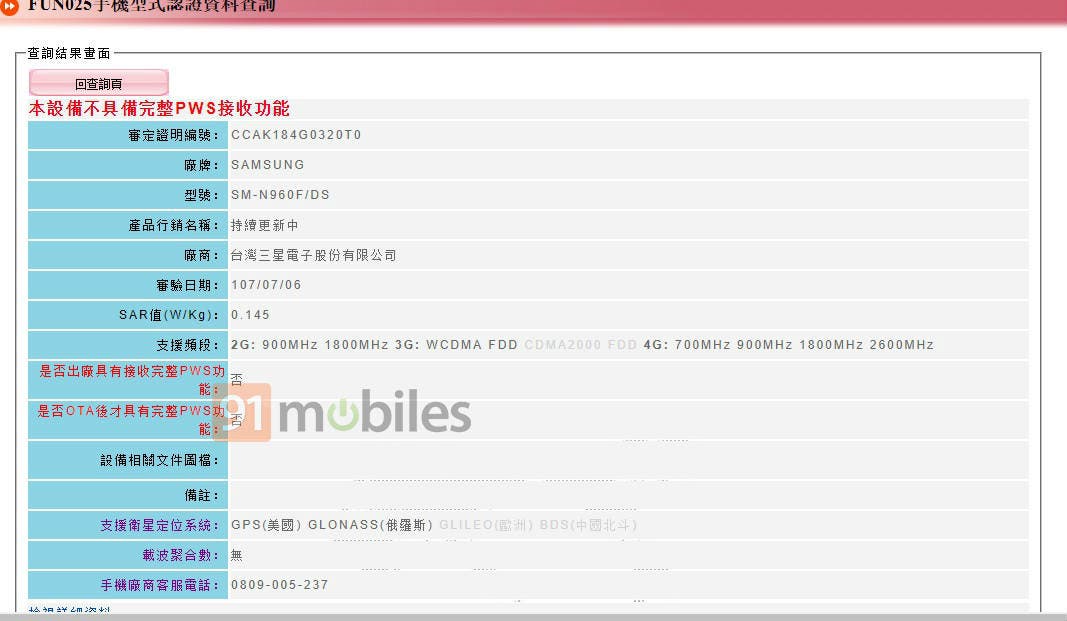 Previous 6.1-inch Apple iPhone not Getting a Red Variant?

Next India: Get A FREE Xiaomi Mi A2 Before Launch