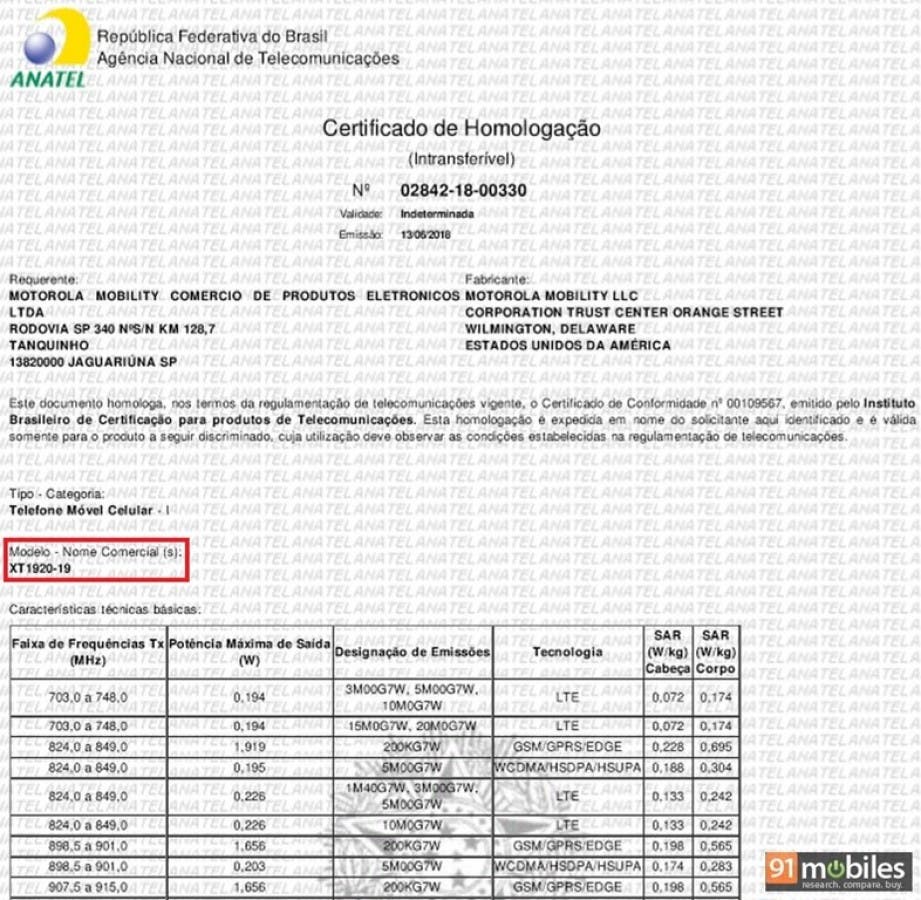 The documents do not reveal a lot about the phone except its dimensions and a few other details. The phone measures 147.9 x 71.2mm and has support for LTE. A 2120mAh battery will power the phone. The phone received certification from FCC about a month ago. According to the certification, the Moto C2 will sport 1GB of RAM and 16GB of onboard storage.

The meagre amount of memory hints at the possibility of the C2 being an Android Go device. The C-series has been Motorola’s most affordable segment so far. The C2 and C2 Plus will be no different. They both might see a launch in Brazil first and the rest of the countries later since Motorola has a local factory in the country and their phones are not subject to import duties. This makes them cheaper in Brazil than many other markets. There are no official reports confirming the existence of the two phones. But since the two have been gathering certifications, the launch is not so far.