Even though the launch invite hasn’t revealed what product will be launched at the event, there are speculations it will unveil the much-rumored Blackberry Ghost and Ghost pro which is expected to launch as the Blackberry Evolve and Evolve X.

Not much has been revealed about the devices, however Previous leaks from earlier this year suggest they both will pack a 4000mAh battery, dual rear cameras with support for low-light photography, and a tall-screen display with little or no Bezels. 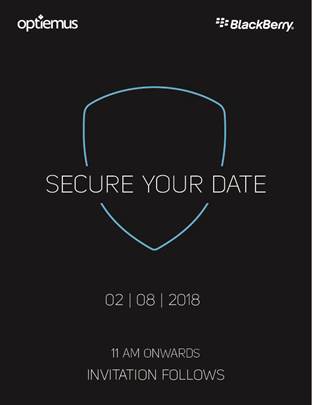 Whatever Blackberry’s Indian licensee launches on the said day might be exclusive to  India, Sri Lanka, Nepal, and Bangladesh where Optimus hold the licensing right. We should get to the specs as well as the pricing when they both are finally announced in a few days time.