As Android P enters the final preview stage, Developer Preview 5, we expect to receive the new generation of Android’s official system soon. In addition to the software, Google is also working on corresponding devices such as its Pixel smartphones, watches, tablets and so on. Now, we have a real image of the Google Pixel 3 XL in Panda white colour. 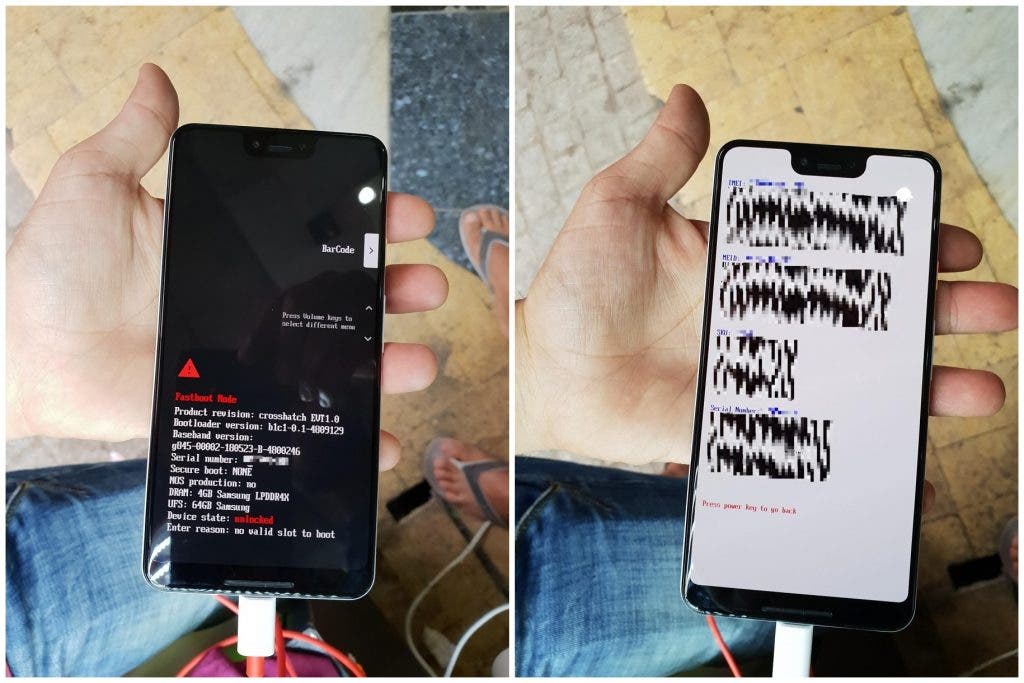 The Pixel 3XL comes with a notch and its chin is quite conspicuous since it hosts the bottom firing speaker while the bezels are appreciably thin. The rear uses an all-glass design which opens the possibility of wireless charging feature. The rear colour is Panda white but there is a faint change in colour at the fingerprint sensor region. This is only a prototype and according to the developer, it can not be booted into Fastboot as the boot information was erased remotely by Google. However, there are also a lot of useful information in Fastboot, such as 4+64GB storage configuration, EVT 1.0 (Engineering Validation Test), etc.

From what we know, the Pixel 3 XL has the codename “blueline”. It is equipped with a 6.2-inch 19:9 display with a notch while the  Pixel 3 comes with a 5.4-inch 16:9 display. At least one of the Pixel 3 series is expected to sport the Snapdragon 845 SoC. In the past two years, Google has released Pixel phones about the middle to October, and if the company continues this trend, we might be seeing the Pixel 3 series about the same time. However, there is the Android Developer Summit on November 7th/8th, which is also an alternative period for the launch of these smartphones.