This year, at least, three Chinese smartphone vendors came in with a new concept called ‘the game smartphone.’ All three models in face of the Xiaomi Black Shark, Asus Rog Game Smartphone, and the Nubia Red Dev (aka Red Magic) have managed to win customers’ hearts due to their design and astonishing performance. Today, it was announced a new color variant of the Nubia Red Devil will be uncovered at the upcoming China Joy event in Shanghai. According to the official promotional pictures, we can see that the so-called new color is a texture. And now you can make an appointment on the official website of Nubia- the 8GB+128GB version is priced at 2,999 yuan ($438), and there is a chance to get a China Joy exclusive game package. 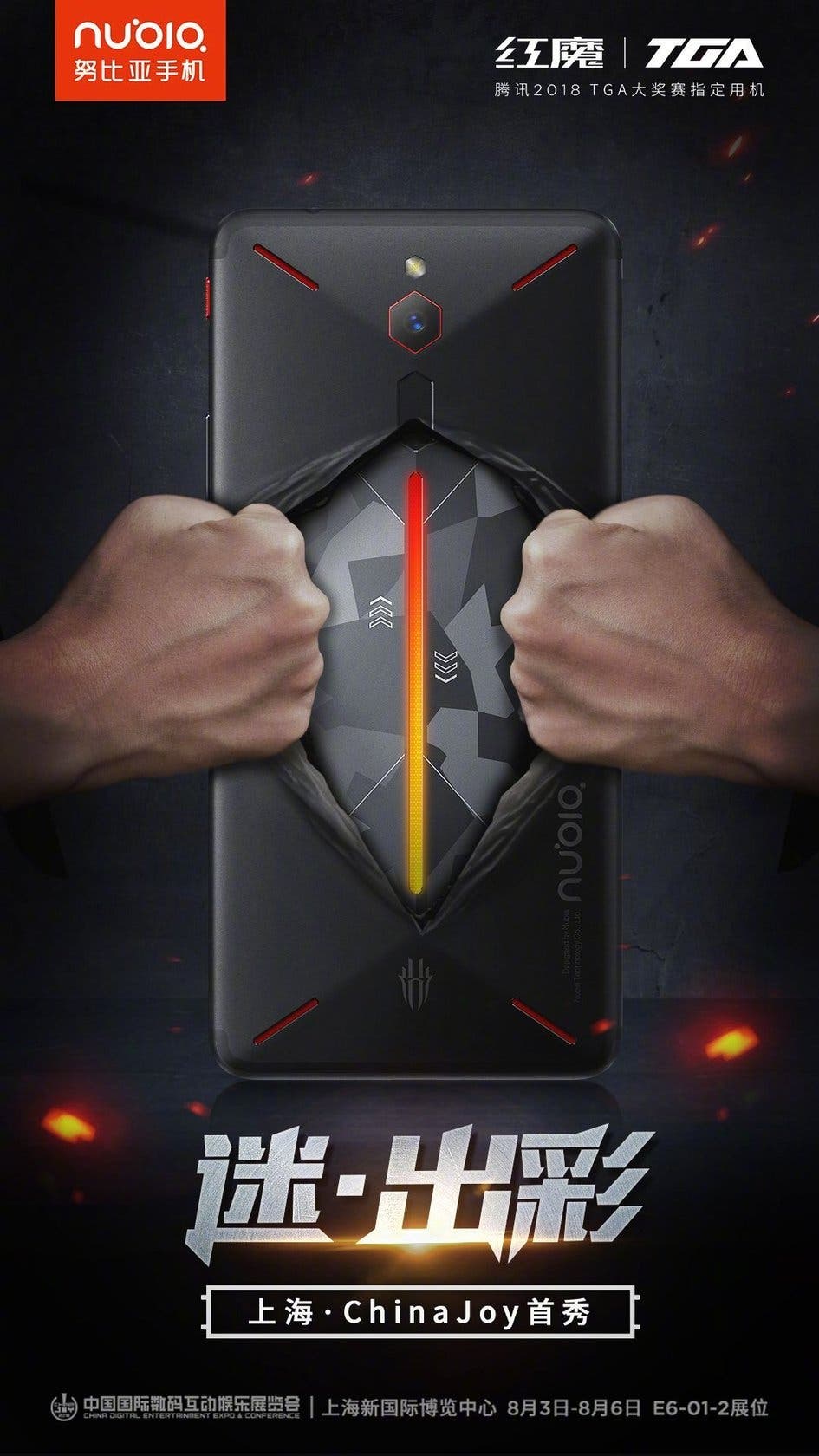 As you remember, the original model initially came in black and red color variants. So the new one will be the third option you can choose from. At the same time, according to the official information, this new color model of the Nubia Red Dev is not only different in appearance but also has four major improvements to the cooling system to get a better gaming experience.

In terms of core features, the Nubia Red Dev sports a 6-inch JDI screen with an 18:9 aspect ratio and 2160 x 1080 pixels resolution. The housing looks like a meteorite with light strips that support 16.8 million RGB colors and 4 lighting modes. It also uses a 6-series aviation aluminum alloy middle frame, an all-metal nano-back cover, a non-slip anti-fingerprint design, and a 174.5° diamond cut surface.