The Galaxy Note 9 will likely debut in a couple of days from now, and specs and even prices of the device have been floating around profusely for quite some time now, giving us a good idea of the device will bring to bear. Today, an alleged retail box of the Galaxy Note 9 meant for the Russian market has surfaced confirming virtually all that has been rumored about the upcoming device.

The retail box detailed the entire specs of the device in Russian,  but the guys at Sammobile did a quick translation for easy understanding. According to the leaked retail box, the Galaxy Note is expected to come off the box with a 6.4-inch QHD+ sAMOLED display, and will apparently feature the camera setup that first featured on the Galaxy S9+, a dual rear camera setup comprising of – a 12MP main lens with adjustable aperture (f/1.5-2.4), Dual Pixel PDAF support and a secondary telephoto one with 12MP resolution with f/2.4 aperture as well as an 8MP front-facing camera with autofocus.

The retail box also highlighted features such as IP68 water and dust protection, Samsung Pay and wireless charging support,4000mAh battery, stereo speakers and earbuds, both designed by AKG as well as the presence of an iris scanner. 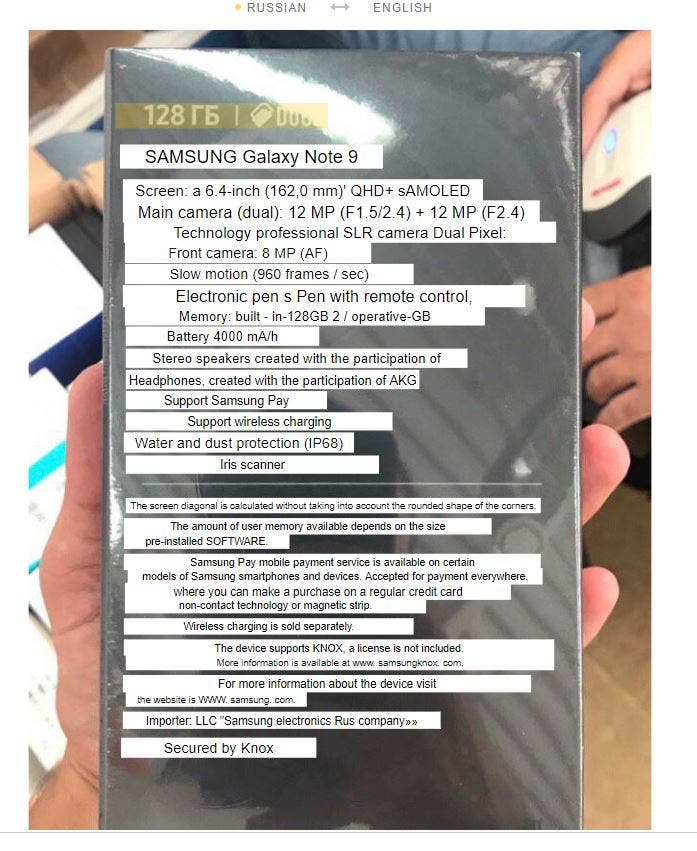 Although the Note 9 will obviously arrive on August 9, the leaks and rumors about the device are expected to gain more pace in the days leading to its unveiling. 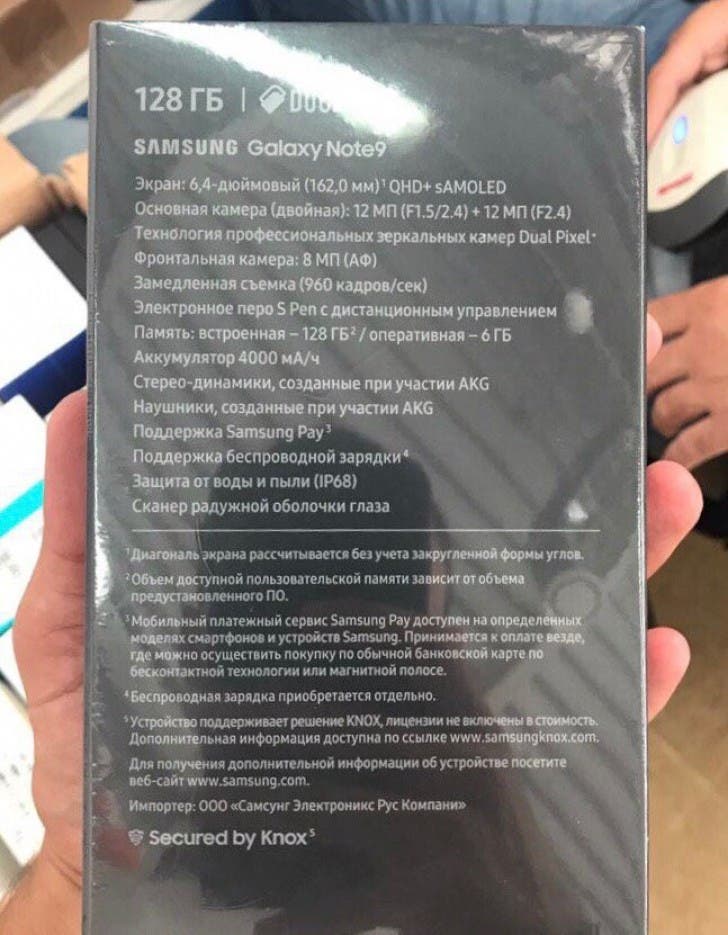 Next ALLDOCUBE Official Store Opens on AliExpress - Coupons for All Tablets