Chinese manufacturing giant, Xiaomi, launched its second smartphone on the Android One program last month. This device was released in Spain but it is currently available in other European countries. Taiwan and Hong Kong got this device earlier this month and it is now the turn of India. Today, Xiaomi launched this smartphone in India and the 4GB/64GB variant costs INR 16,999 ($248) while the higher 6GB/128GB model will come later. 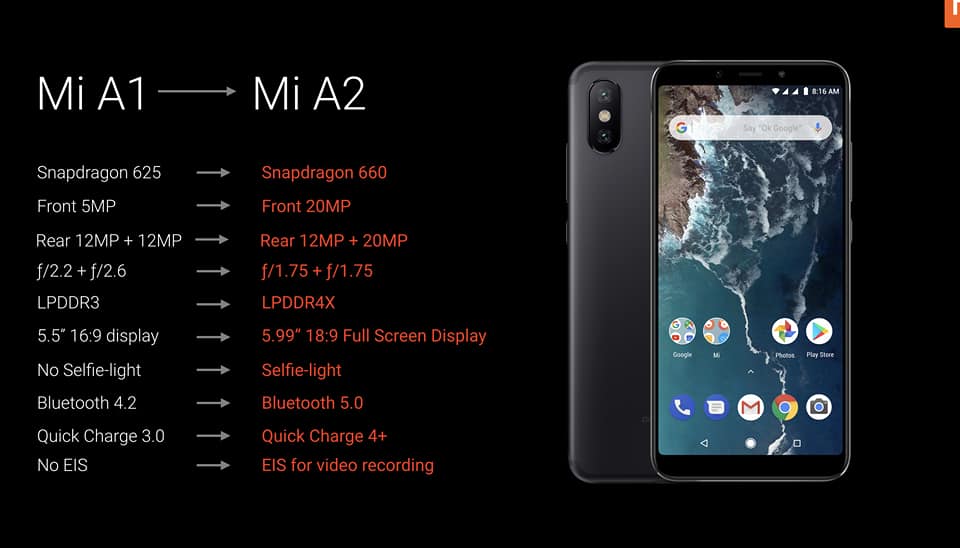 The Xiaomi Mi A2 will be available for pre-order from August 9 on mi.com & Amazon India while the first sale starts on August 16 on mi.com, Amazon India, Mi Home & Mi Preferred Partner Stores. There is also a ₹2200 instant cashback and up to 4.5 TB data from Jio! 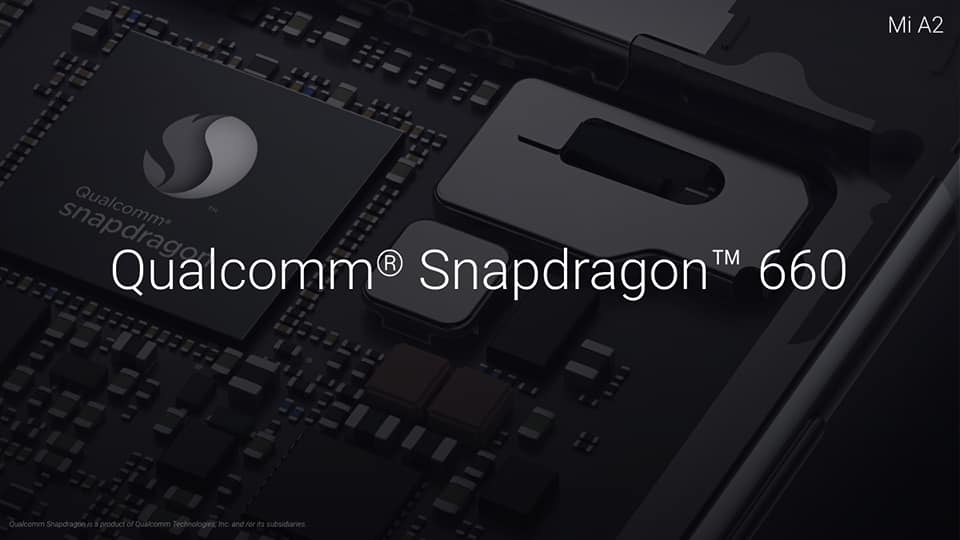 Xiaomi Mi A2 uses a 5.99-inch FHD+ fullscreen and it is powered by a Qualcomm Snapdragon 660AIE processor coupled with 4GB of RAM and 64GB of internal memory. 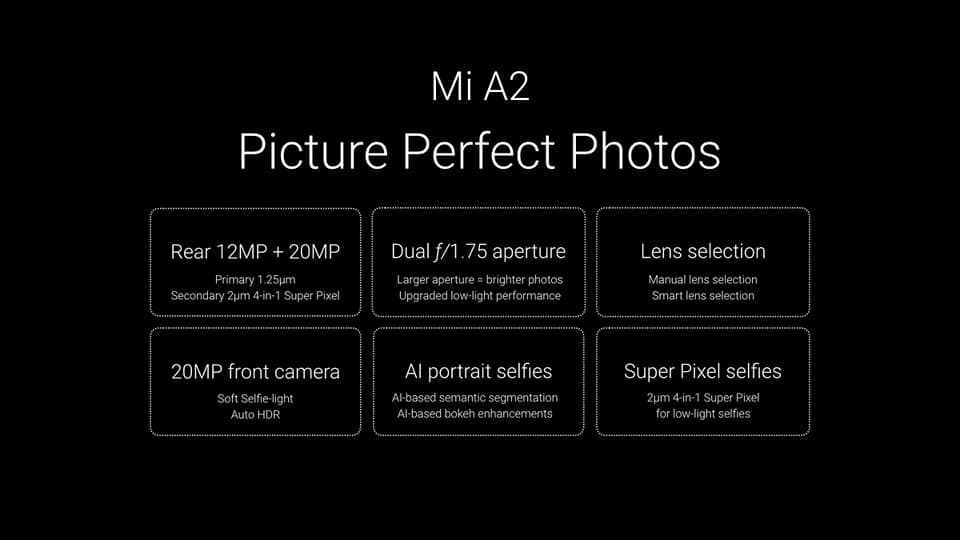 On the rear, this smartphone is equipped with a 12MP Sony IMX486 coupled with another 20MP Sony IMX376 sensor both of which has a f/1.75 aperture and large pixel size. With the “Super Pixel” feature on the 20MP snapper, you can be certain of brighter images and this feature needs to be turned manually in the camera app. 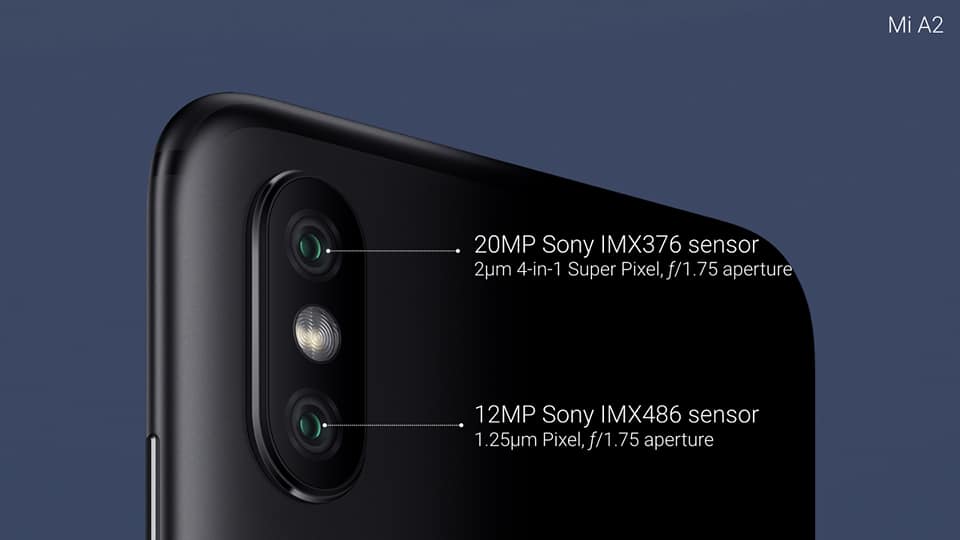 In addition, the selfie camera is another bombshell. It sports a 20MP with soft selfie light and auto HDR. It comes with AI portrait mode which gives AI bokeh enhancements. Just like the rear camera, you also get a 4-in-1 Super Pixel feature on the front snapper for perfect selfies in a low light environment. Its battery capacity is 3010mAh. 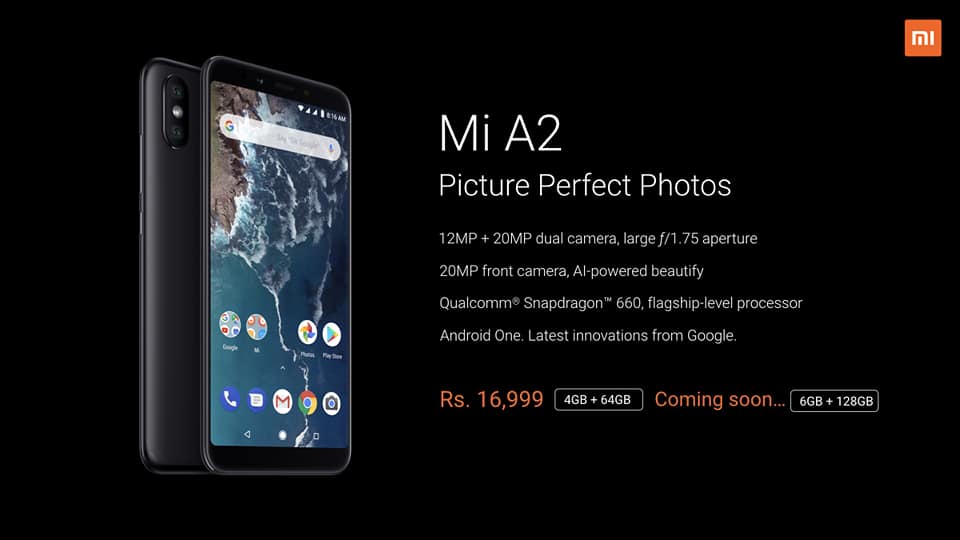