According to Google’s schedule, a new generation of Pixel phones will be released in October this year. A supposed real image of the upcoming Google Pixel 3XL was spotted in Toronto. This is the second time in as many weeks that this smartphone has surfaced in the city. From the recent exposure, a huge chunk of the display was exposed and we can see that this smartphone comes with a notch (not so big) and it uses a dual front camera setup which could be for enhanced selfies or for facial recognition feature. 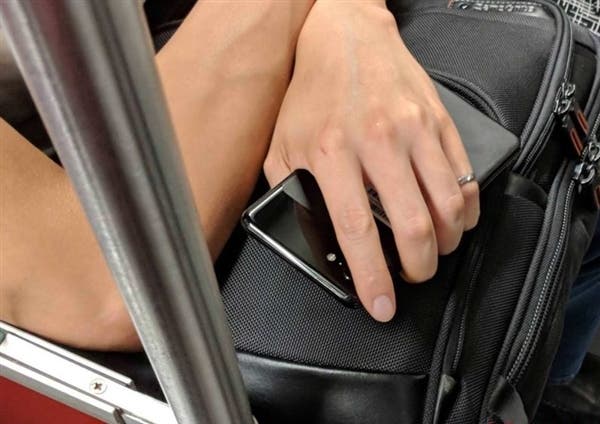 The side bezels are significantly thin but the chin is annoyingly thick although we want to believe that there is a black navigation bar sitting on the bottom bezel which adds to the observable chin in the image. This smartphone uses a single rear camera setup but we shouldn’t be worried about this, Google has proven itself to be one of the best with smartphone cameras. The Pixel 2 comes with a single camera but still scored 98 points on DxOMark thus the Pixel 3 XL is expected to be better.

From previous speculations, the Google Pixel 3 XL will sport a huge 6.7-inch screen with a display resolution of 2960 × 1440 pixel and its light will be kept on by a 3430 mAh battery. The single rear camera will be a 12MP shooter but there is no information on the selfie snappers. This smartphone will be powered by a Qualcomm Snapdragon 845 chip coupled with 4GB of RAM and at least 64GB of internal storage. Android 9 Pie and wireless charging are other features on the Pixel 3XL. It is reported that Google is expected to launch the Pixel 3 series on October 4 this year, and the new Pixel watch will be unveiled too.