Of course one of the biggest complaints among Apple iPhone users and non-users is the average battery life. Apparently, the company is finally recognizing its problem and is studying some ways to improve the usability of its smartphones.

According to a research made by the research firm, IHS Markit Apple seems to be considering a change in its display technology. The company could change to a low-temperature polycrystalline oxide (LTPO) backplane, from the current low-temperature polysilicon thin-film transistor (LTPS TFT), currently used in most OLED panels. 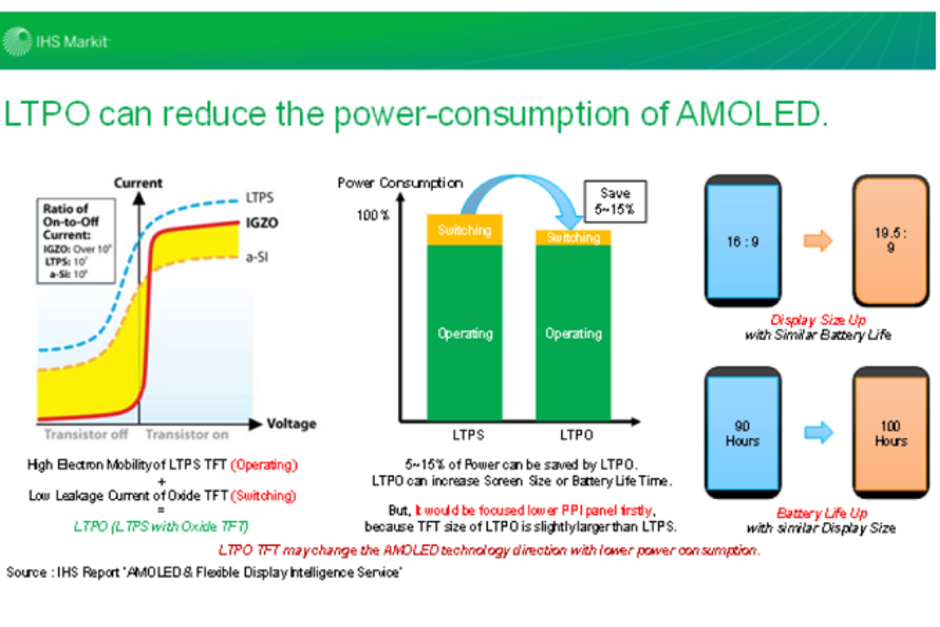 Apple has filed three patents related to LTPO in 2014, 2015 and now in 2018. According to David Hsieh, the analyst behind this report, this move took by Apple seems a bit intriguing. Instead of working with suppliers, the company is taking a particular route to develop a better backplane for its displays. The analyst has listed some reasons to explain why the US company is doing this:

With the use of LTPO, the Apple iPhones could see a battery increase that goes from 5% to 15%. However, it will not be as easy as it seems. At the moment the process of developing LTPO displays requires larger-thin films transistors, which means fewer transistor in the display substrate. That would result in a display with a minor resolution. Also, the increasing difficulties in this development require costlier equipment, and the entire development process is complex.

While the debut of this newer LTPO may take some time to arrive for iPhones, it could debut soon on the smaller Apple Watch.

Previous Honor working on phone simialr to Honor 7A, launch soon in India