Today, Honor officially announced that the Honor Note 10 8GB memory version will be officially launched at 10:08 tomorrow, priced at 3,599 yuan ($528). There will be available two color options of magic night black and phantom blue. 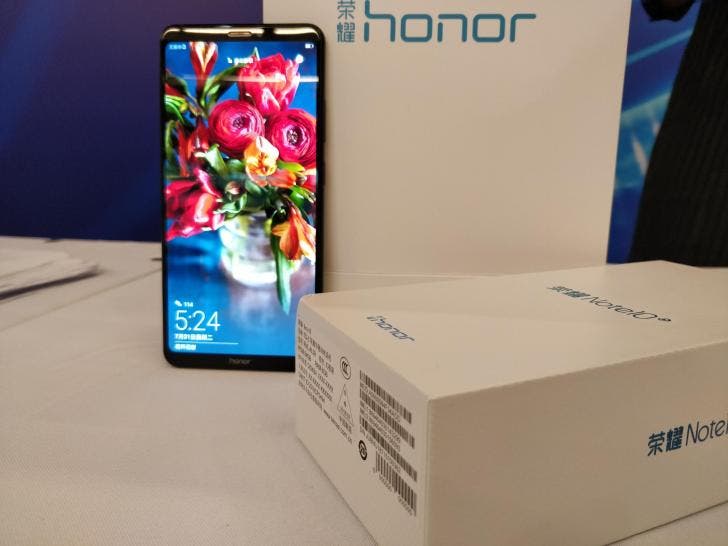 In terms of appearance, the Honor Note 10 uses a design style similar to the P20. Thus it comes with a double-sided glass, using a pleasant texture. The two camera sensors are vertically aligned and independent of each other. The flashlight is located below the camera. The borders on both sides are narrower, and there is no notch area. The front of the fuselage is equipped with a 6.95-inch AMOLED display with a resolution of 2220×1080. Thanks to the full-screen design, though the screen size is large, it can still be held with one hand.

As for the key features, the Honor Note 10 is equipped with a Kirin 970 processor. The latter comes with an integrated NPU artificial intelligence module. Of course, the Honor Note 10 supports GPU Turbo technology. Therefore, its graphics processing efficiency is increased by 60%. Now it is packed with an 8GB of RAM and a 128GB native storage, which supports up to 256GB memory expansion. Under the hood, this handset carries a built-in 5000mAh capacity battery, which supports 5V/4.5A fast charging option. The Honor Note 10 runs on Android 8.1 system.

In addition to considering the needs of the game users, the Honor Note 10 is equipped with ‘The Nine’ liquid cooling system, effectively eliminating the problem of playing games on smartphones. Worthy of note is the presence of a rear fingerprint sensor, face unlock, Dolby Atmos, Dual speakers, and full connectivity features.