Vivo X23 is about to become official on the next week. The company has already scheduled an event for September 6 at about 7:30 pm in Beijing. The handset has been a target of multiple leaks in the recent weeks, followed by a set of leaked live pictures. 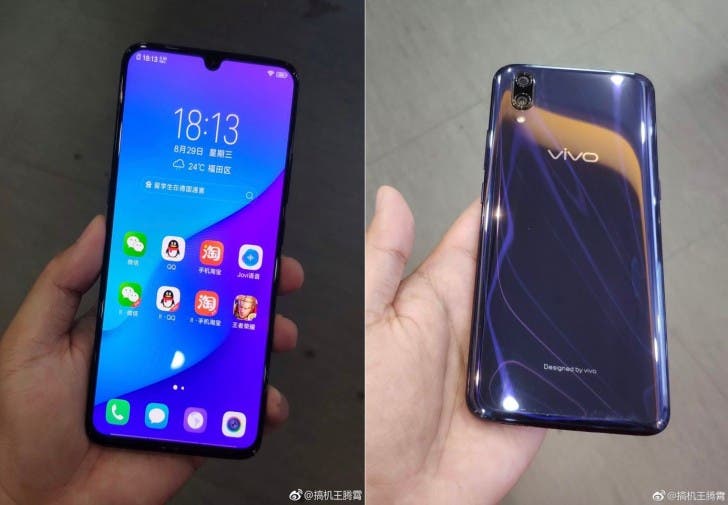 The leaked pictures, once again, confirms the bezel-less 6.4-inch screen with a water-drop notch sitting at the top. When it comes to the rear we have a shiny Magic Night gradient color covered by a premium layer of glass. Of course, that’s a beautiful smartphone.

The handset also appeared alongside the Oppo R17, and while they definitely look similar, there are some differences – namely, the positioning of the dual-cameras and the shape of the notches. The similarities can be explained by a simple reason, both Oppo and Vivo are part of BBK group, as well as OnePlus.

According to the rumors, the Vivo X23 features the Snapdragon 670 paired with 8GB of RAM and 128GB of Storage. The display screen-to-body ratio represents 91,2% of the total front space. The smartphone will arrive in the Phantom Purple, Magic Night.

With the launch happening in the next week, don’t forget to set a reminder for the September 6th. We’ll be here covering all the details of Vivo’s newest smartphone.

Next WearOS receives a major re-design, ahead of Pixel Watch launch?