Android recently released its usual monthly statistics of Android adopters and like it has always been, the older systems are getting extinct while the newer versions are getting more users. As of now, Android Nougat (7.0 & 7.1) still remains the king of the Android system as it has 30.8% of Android users. Interestingly, Android Nougat statistics for August is identical with July which shows that many manufacturers are still stuck with the system. Nevertheless, Android Oreo (8.0 & 8.1) recorded the highest rise from 12.1% in July up to 14.6%. 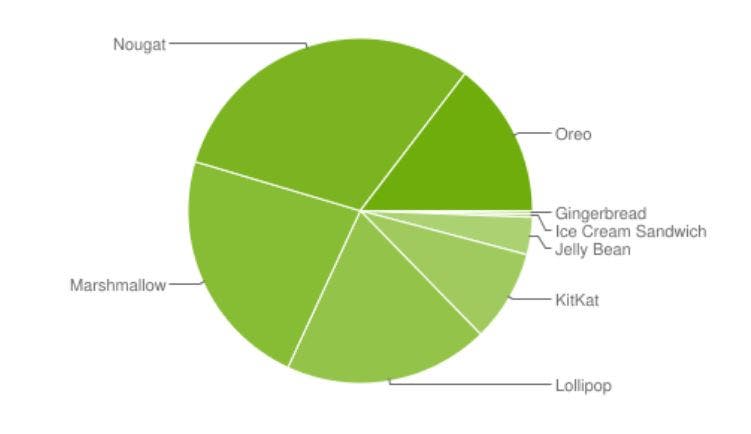 Google’s newboy, Android 9 Pie is nowhere to be found in the chart probably because Android does not record versions with less than 0.1% distribution. We don’t expect Android 9 Pie to have a significant impact on Android system distribution for now because only a handful of phones like Google Pixel phones and Essential Phone currently run this system. 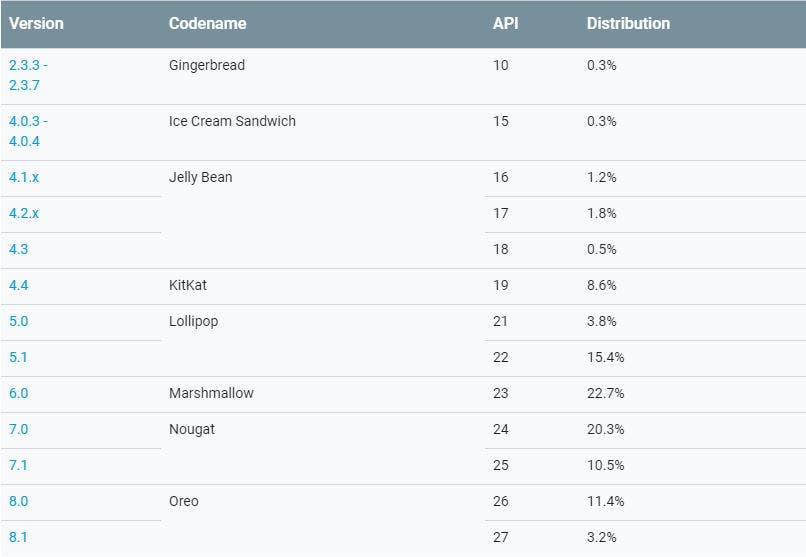 Although Android Marshmallow (6.0) still hold a significant spot in the distribution, it plunged from 23.5% down to 22.7% while Lollipop devices reduced from 20.4% down to 19.2%. The changes in these versions are quite insignificant. Android 4 series (Kitkat and Jellybean) collectively account for 12.1% while the likes of Ice Cream Sandwich and Gingerbread appear to have died of natural causes.