As a tall person that never had good balance, when I first saw this pair of hovershoes delivered to me I thought “I’m not sure I’m gonna live long enough to make a review of these”. But, as you can see, I’m still alive and well, so let’s get going with the full review of this amazing and super fun transportation device! 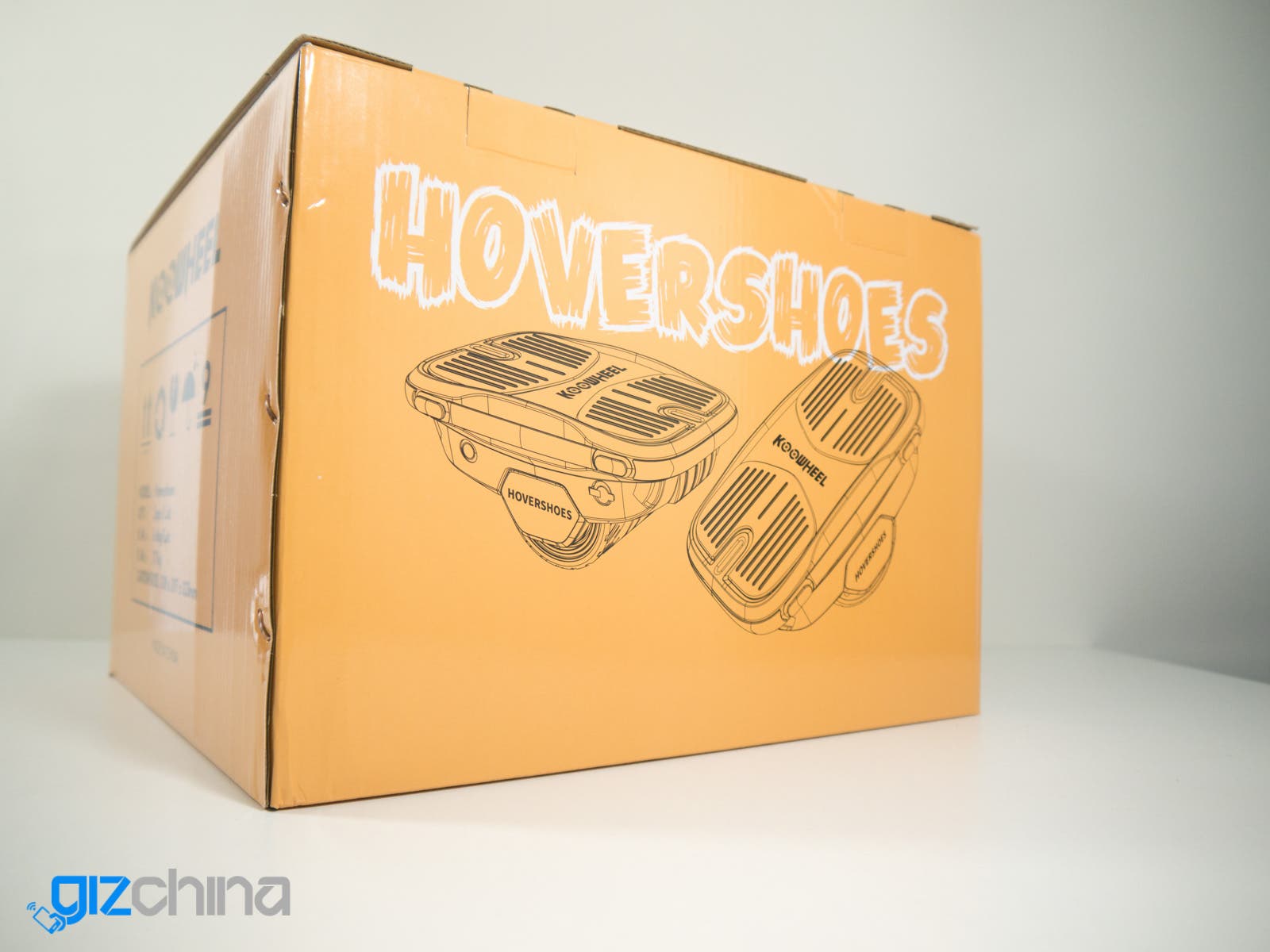 The KOOWHEEL Hovershoes arrive in a massive box with a ton of cushioning so that they get to you in one piece. Inside the box we then find a power adapter for charging, a little bag to carry the wheels with you and the wheels themselves. You don’t need anything more. 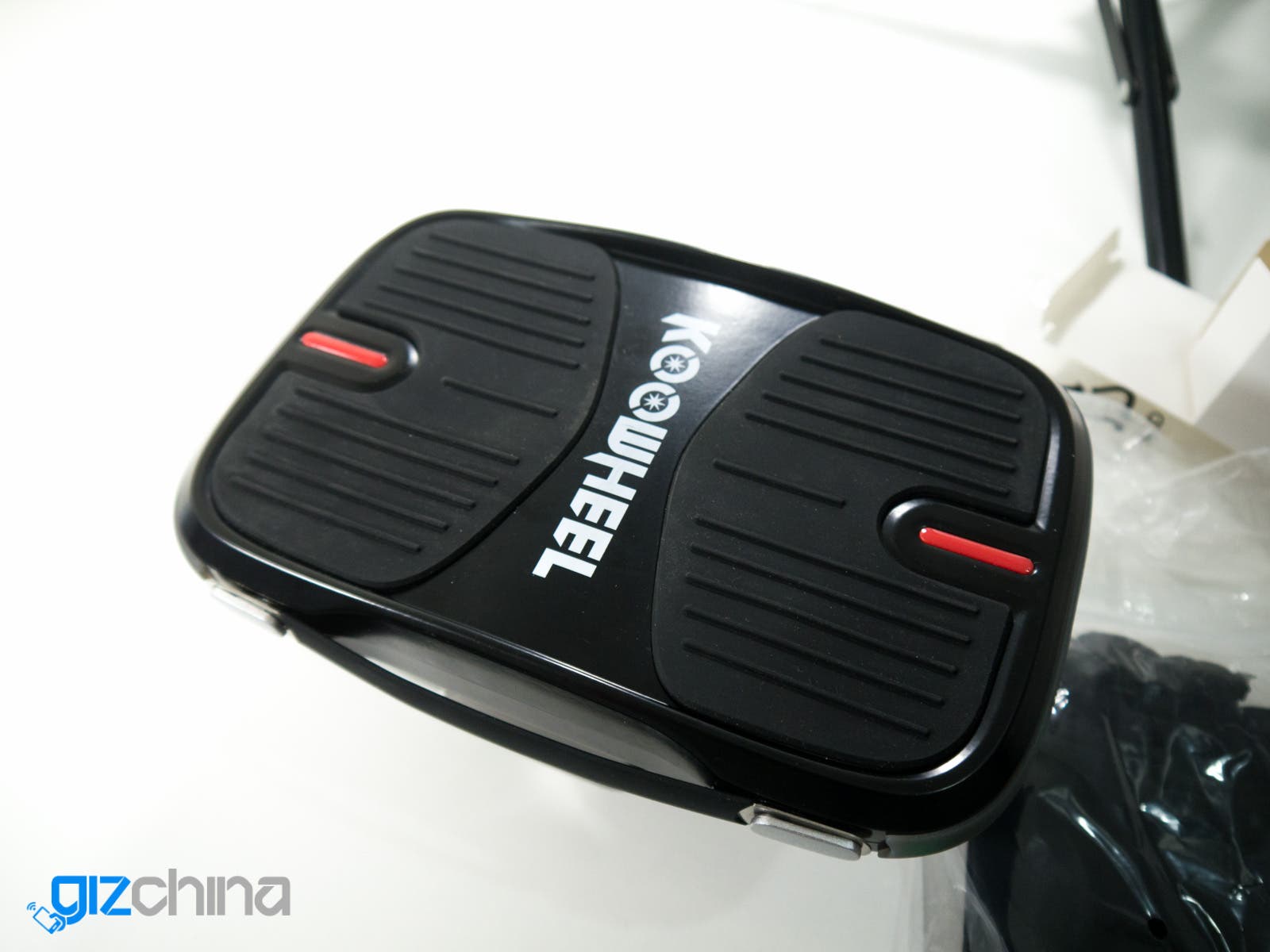 Well, I’ve never had to deal with this kind of items so I can’t really compare it to anything else. What I can say though, is that they look sleek, they aren’t of some weird color that would probably attract kids. Instead, they’re all black, with some red accents, LEDs that turn red or green depending on the status, the KOOWHEEL logo on top and the name “Hovershoes” on the side.

Build quality is really good and I love the four handles (two for each), present on the sides. These make carrying the Hovershoes a simple task; you can also carry them with one hand if you want to. That said, both wheels are pretty heavy at 3.3Kg each, but that’s to be expected. You’re packing a motor, metal wheels and an hopefully big battery inside each of these. Plus they’re entirely made of metal for durability purposes. 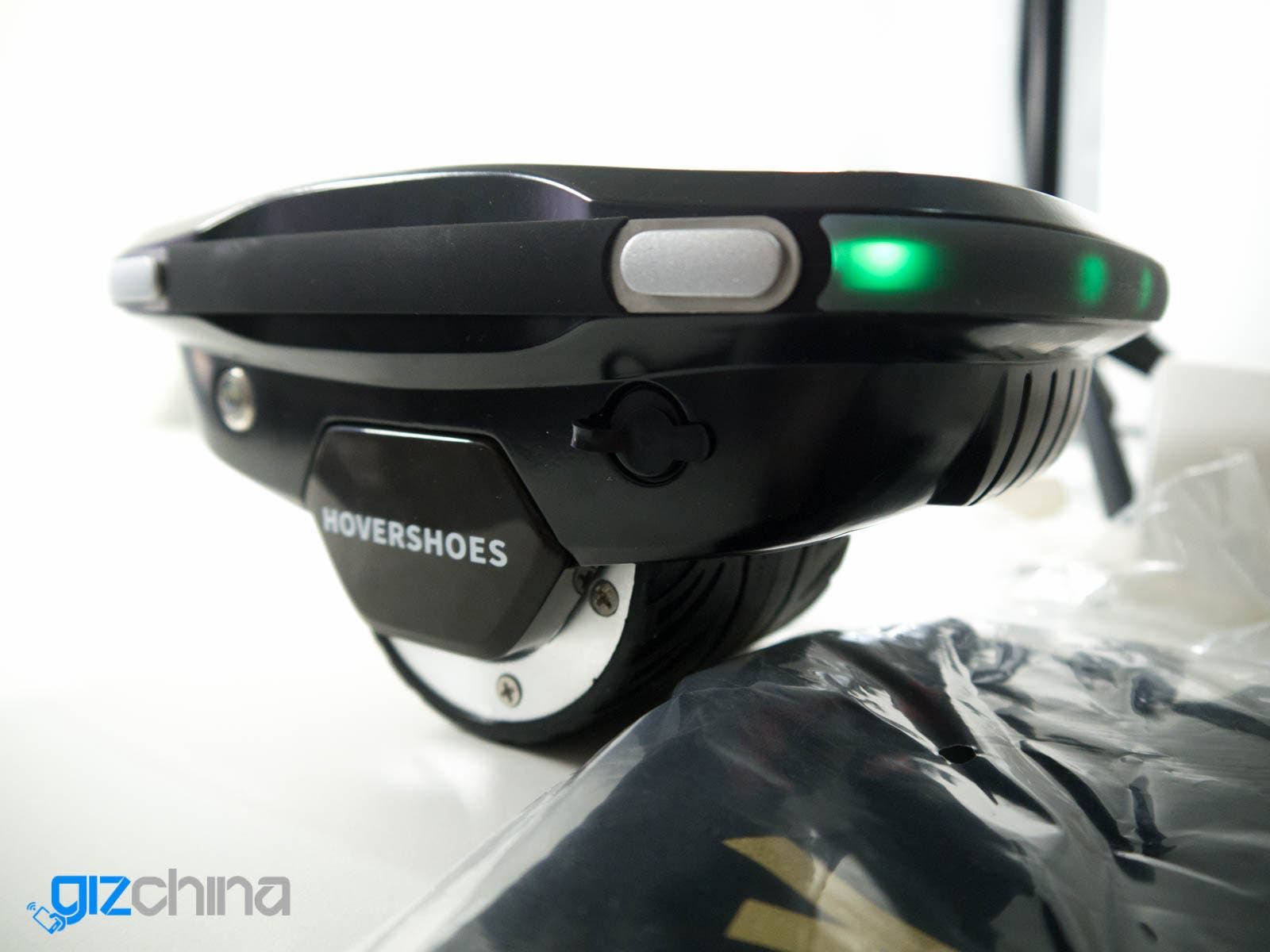 Overall, the Hovershoes were quite solid, and the fact that they’re still rolling is proof. I think I tested them to their limits and aside a few scratches, they’re still like new. 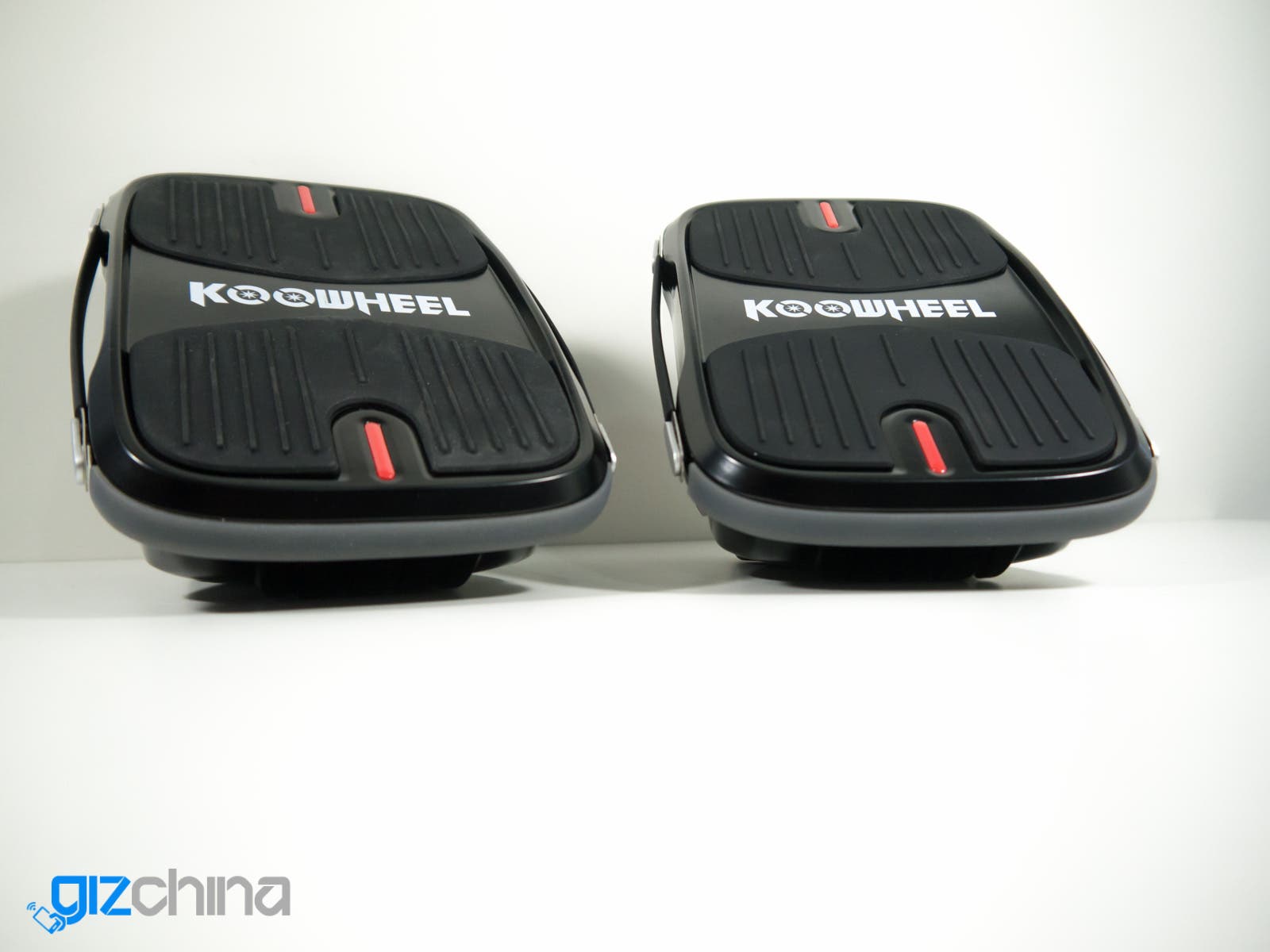 I loved using the KOOWHEEL Hovershoes but most importantly, I’m happy I’m still unhurt. I suggest starting out with a couple of supports, I was lucky enough to have some sawhorse table legs lying around, so I used them to help stand up on the wheels.

After slowing going forward and back for a couple minutes, I finally tried to go without support and well, I was surprised I didn’t fall.

So, I’d say that in around 10 minutes, you’ll be able to learn how to ride these, at home, on a flat surface. I suggest you spend some more time before going on the road as any little bump could break the magic.

The KOOWHEEL Hovershoes do auto-balance after you turn them on. All you have to do is click the button and then step on them. They’ll auto-calibrate and stay still in an horizontal position. You then move forward by tilting your foot forward, but you probably already know that. 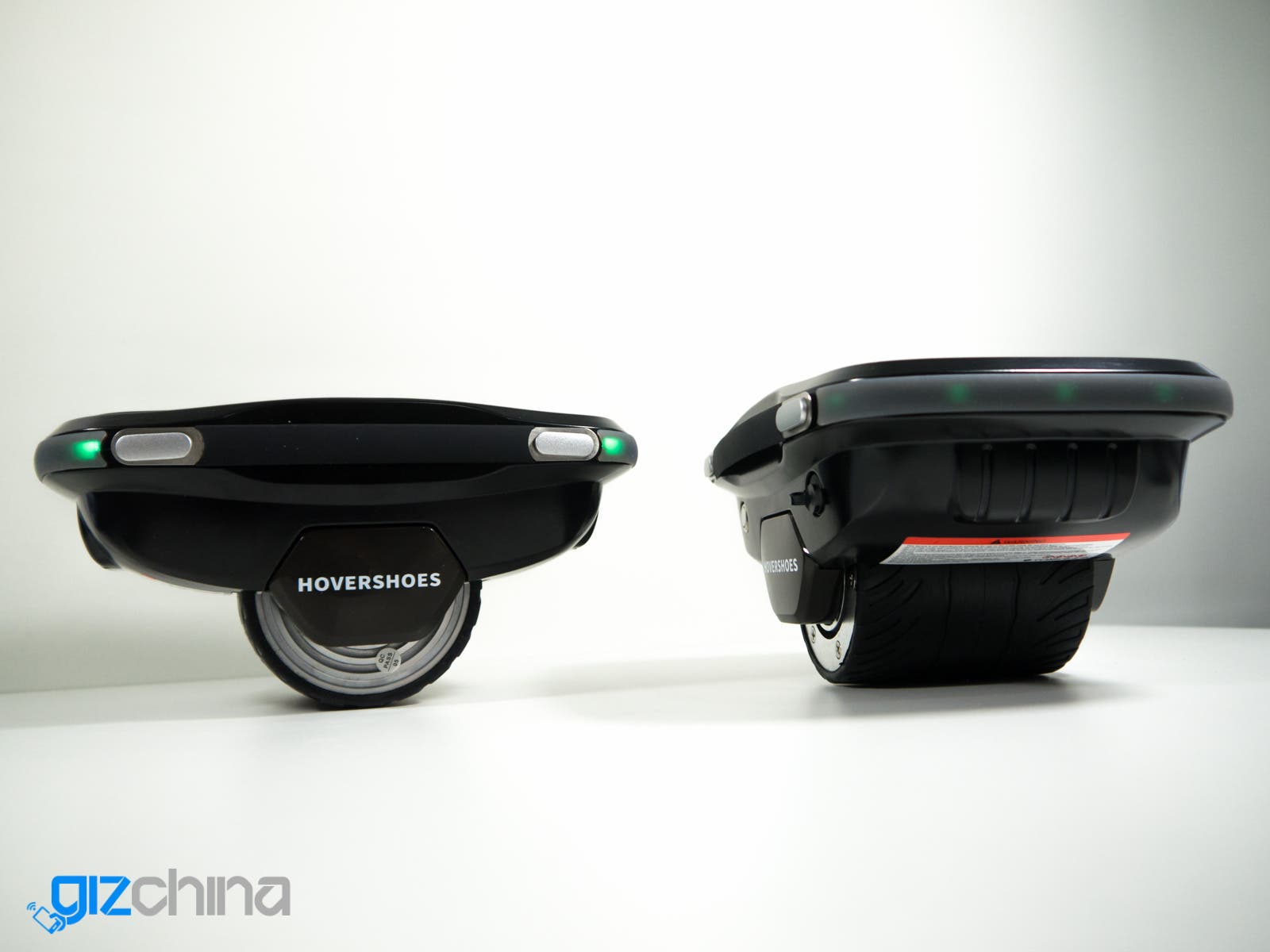 These wheels can get quite fast for an home use, meanwhile outside they don’t achieve incredible speeds at 12Km/h, but then I wouldn’t suggest going and faster. This isn’t an electric bike or scooter, if you mistake on these you can get hurt. So, consider using them as if they were a self-balancing scooter – in pedestrian zones, malls and big houses. 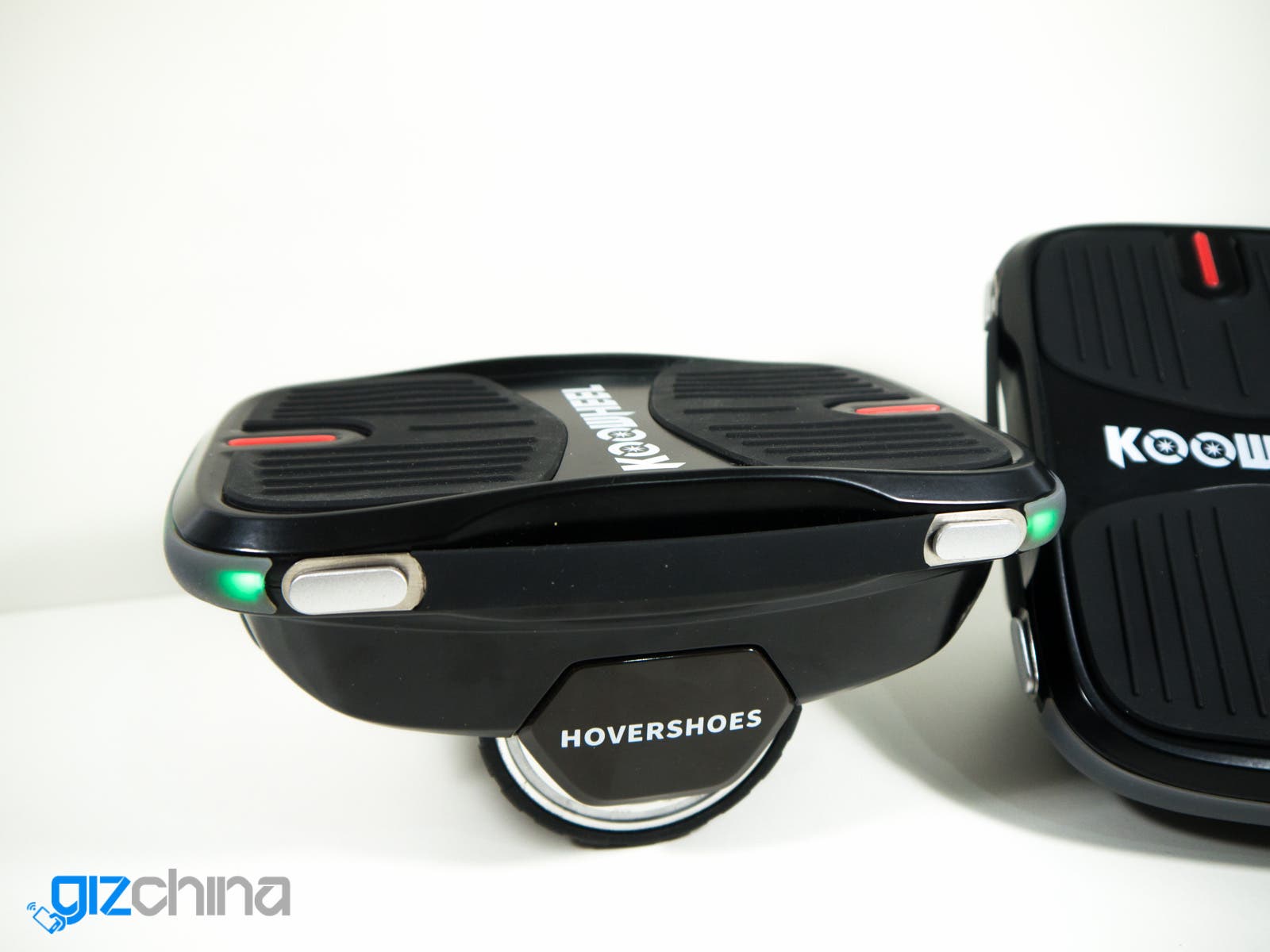 I didn’t have a chance of testing the range as I mostly tried them in a parking lot. But I can say that they lasted long enough for me to risk my life a couple times, I’d say over half hour of riding at top speeds (I know because they beep when you reach that) and there was no sign of battery running out juice. This means you can probably use these for an hour, probably more, depending on the speed at which you use them and the angle of climb of the road. 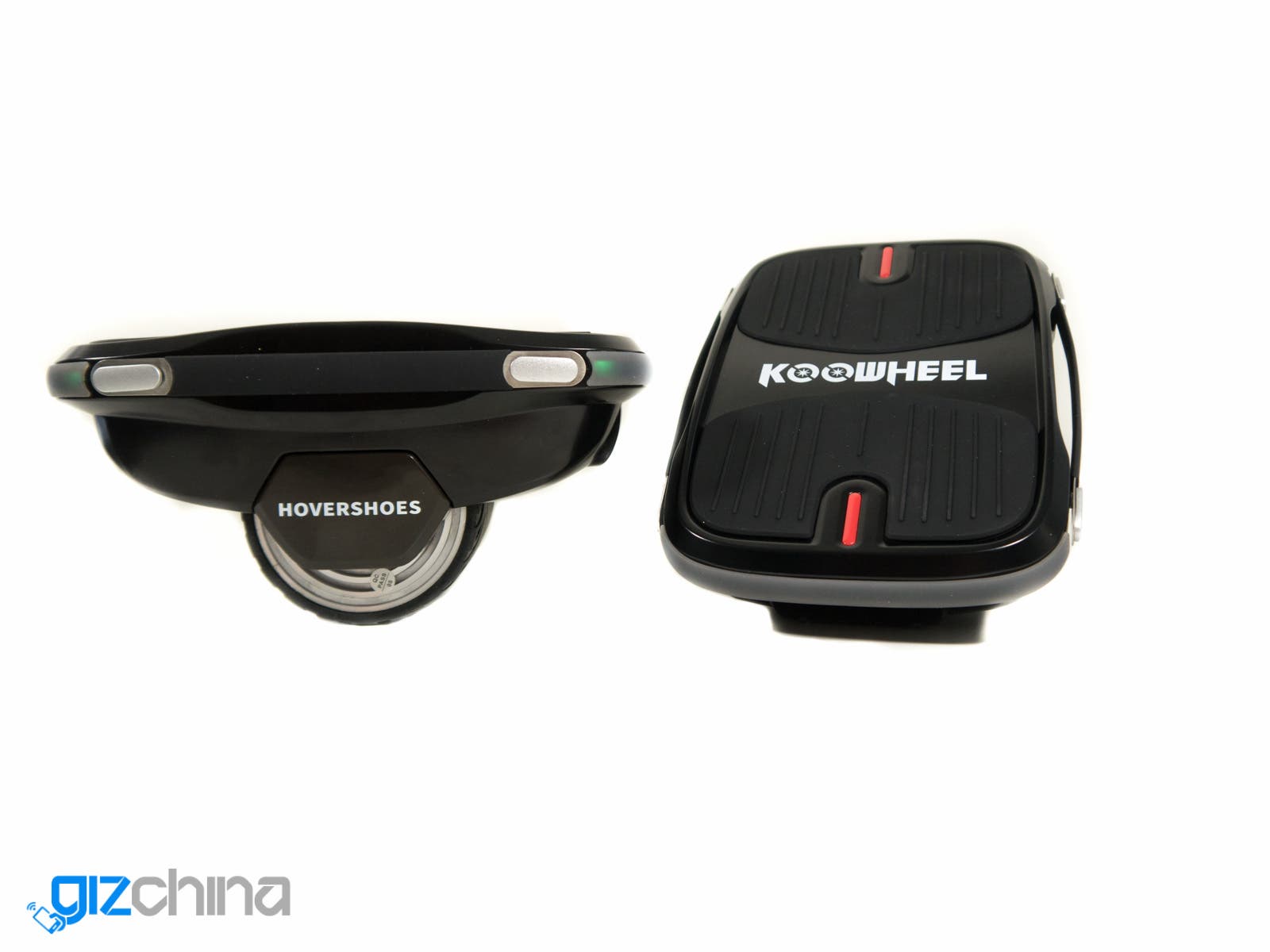 Let’s now get to get verdict, should you get these or not? My answer is: sure, if you can afford them!

The KOOWHEEL Hovershoes aren’t cheap at $389.99 but they are a lot of fun. If you’re a person that has used a self-balance scooter or other electric transportation vehicle then you already know these type of devices are always pricey. KOOWHEEL, albeit dropping the price from an initial $489.99, can’t really do much about it.

The materials used on the Hovershoes are premium, the components inside are premium, they work as they’re supposed to, which isn’t always the case with such items and most importantly – they’re unique.

If you follow trends and you like to have the latest gadgets, then the KOOWHEEL Hovershoes are definitely worth the price as you can hardly find anything like this on the market.

Lots of Fun, Worth the Price

Learn more about the KOOWHEEL Hovershoes on the website or buy them on their official store.