Nanfu has just anounced a new generation of wireless chargers that is 50 percent faster than Apple’s own wireless chargers. The company released a $10 dedicated iPhone X wireless charger back in December. The new Nanfu AirCharge is currently on sale for 169 Yuan ($24) on Tmall in China. Meanwhile, there’s still no sign of the promised AirPower mat from Apple and it is likely to cost hundreds of dollars when it launches eventually. 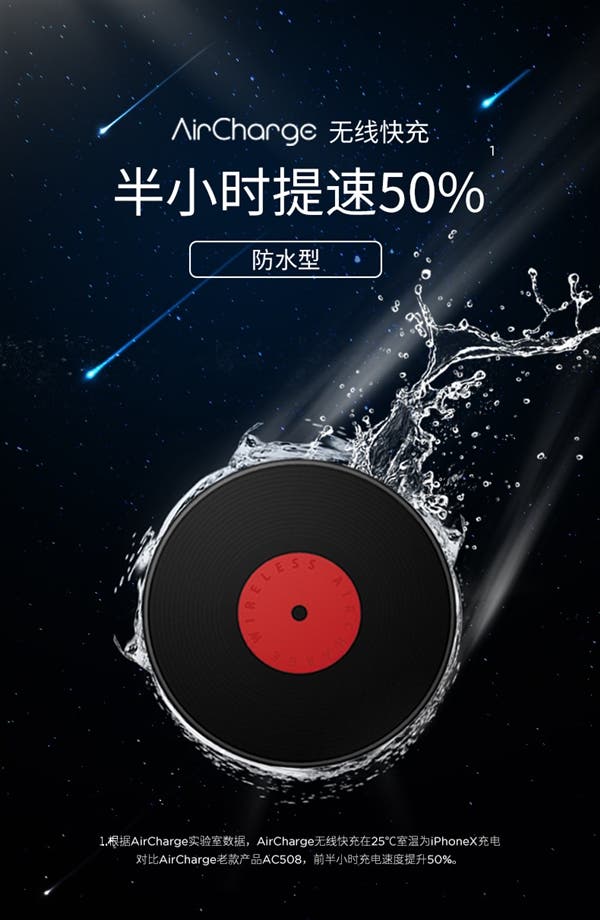 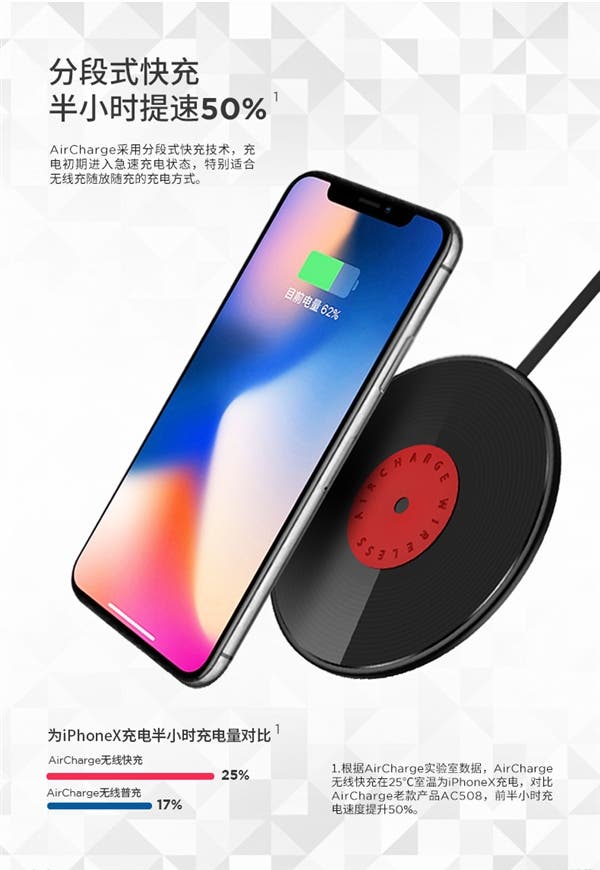 Nanfu has developed a new segmented technology that speeds wireless charging to 50 percent in half an hour. Nanfu says it has improved two core technologies to achieve this which are coils and chips. The coils use an ultra-thin pure copper coil to enhance electromagnetic induction and the chips makes it compatible with Apple 7.5W and Android 10W charging.

The new AirCharge is also IP67 certified and has a non-porous design. It has been tested rigorously with -20 ° C ~ 60 ° C high and low temperatures.
Wireless charging is a good convenience to have around, but it is held back by slow charging speeds to a huge extent and that has also negatively affected its mass adoption.

The iPhone X also comes with wireless charging capability but it too suffers with very slow charging speeds. The Nanfu AirCharge mat is a game-changer with such high-speed charging and a price of just $24. Check it out here.

Previous Moto G6 Plus set for September 10 launch in India