The gaming-focused Razer Phone 2 – which has been confirmed by the company to be in the works – appears to have popped up on a benchmarking site, revealing some of its specs.

It was spotted on the popular Geekbench platform, and the listing appears to confirm that the Razer Phone 2 will pack a Snapdragon 845 chipset and 8GB of RAM.

That will make it one of the most powerful smartphones on the market, with the latest Qualcomm chipset and a level of RAM found only in a handful of devices, such as the OnePlus 6 and Samsung Galaxy Note 9. 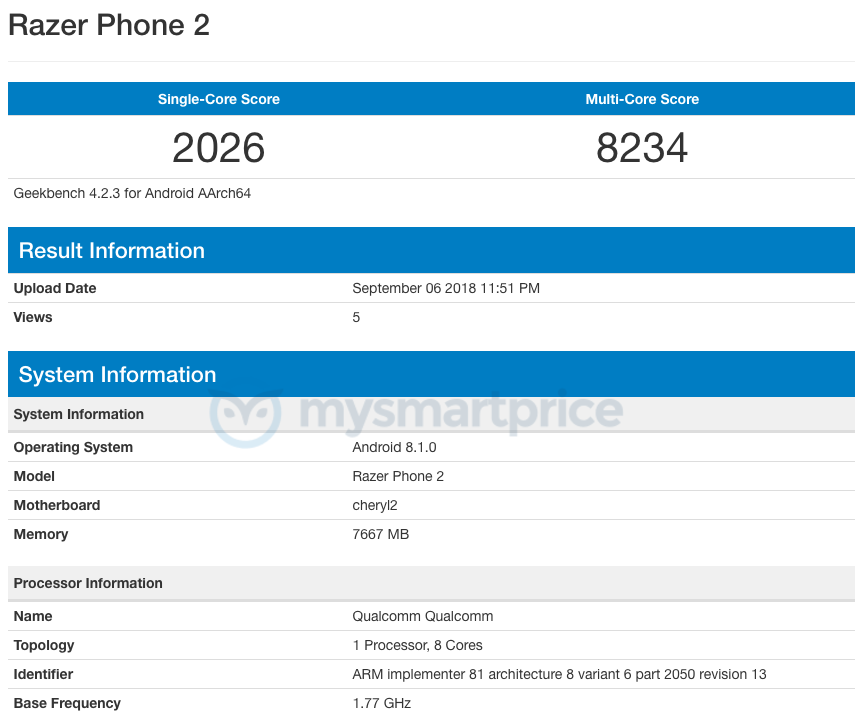 Moving onto the Razer Phone 2, the device will pack 8GB of RAM, a norm in the high-end segment this year, and will run Android 8.1 Oreo out of the box. These are the only details we could identify from the Geekbench listing, but we can expect the phone to offer a 120GHz refresh rate screen.

There’s currently no word on a Razer Phone 2 release date, but the original handset landed in November 2017, so we’d expect the same timing this year.