Meizu 16X conference is approaching. But it would be naïve to think, the company will release this product only. In addition to the new handset, Meizu accessories are also coming. This morning, Meizu Accessories officially revealed through Weibo that a new power bank with two USB ports will be announced on the same date. 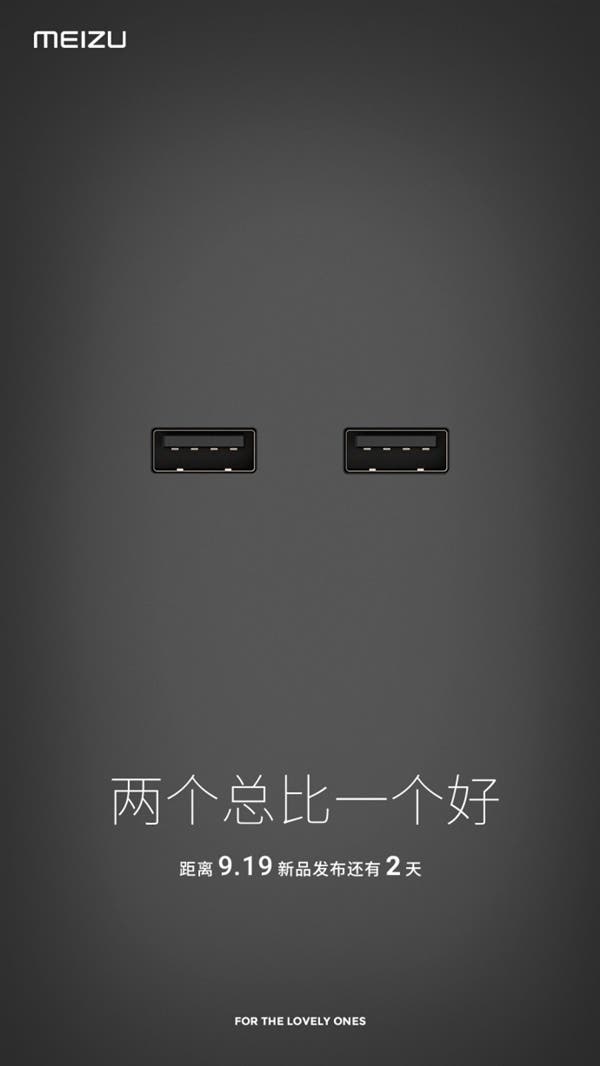 The Meizu Accessories released a poster showing two USB ports. There is also a slogan ‘not much, but two what we need.’ If you are interested, two USB interfaces are arranged horizontally. Honestly, the company didn’t say it will be a new power bank. But everything hints at this accessory. And even the ports layout hints at the power bank.

Previously, Meizu has launched two power banks in face of the M10 and M20. But both models came with a single USB output port. The capacity was 10,000mAh only. We mean they can meet the charging requirements of one device only. So if our assumptions are right, the new Meizu power bank will have a larger capacity. And the dual-USB port option will allow two devices to be charged simultaneously.

The previous generation Mieuz M20 power bank supports two-way fast charging, the output power reaches 24W, and the charging speed is increased by nearly 30%. At the same time, the input power is increased to 18W. So it can fully charge 10,000mAh capacity in 3.5 hours.