Yesterday was a very busy day for Chinese manufacturer, Meizu, as it unveiled the much-talked-about Meizu 16X alongside other smartphones and accessories. The Meizu V8 Pro is an entry-level device that was released yesterday. Now, this smartphone is available for pre-order on Jingdong Mall and it comes with a 1098 Yuan ($161) price tag. 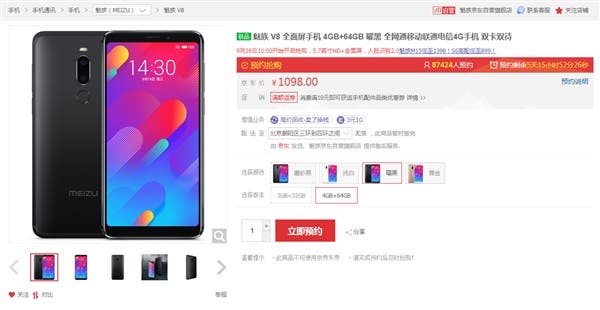 According to the senior vice president of Meizu Technology, Li Nan, Meizu V8 Pro was designed by Huang Zhang, founder of Meizu Technology. It uses a full metal body with a hidden antenna design. After numerous polished and sandblasting, the rear arc was achieved for a good grip and it weighs just 159g which is a plus. 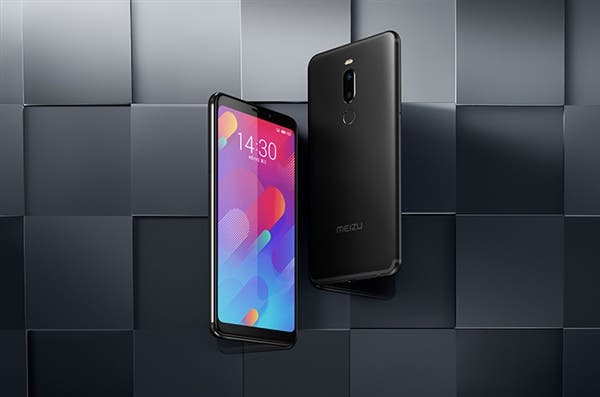 The Meizu V8 Pro is equipped with a 5.7-inch in-cell display with HD+ (1440 x 720 pixels) resolution and 18:9 aspect ratio, while it is powered by the MediaTek Helio P22 SoC coupled with 4GB of RAM and 64GB of expandable storage. The MediaTek Helio P22 processor consists of four 2.2GHz high-performance cores and four 1.5GHz low-power cores. This smartphone comes with a 3100 mAh battery which is consistent with Meizu’s style of small batteries. In the camera department, the Meizu V8 Pro is equipped with a 12MP+5MP dual rear camera setup with F/2.2 aperture and it supports portrait background blur. Up front, we have a 5MP shooter with an aperture of F/1.9. The selfie camera supports ArcSoft AI smart beauty algorithm which makes the selfie more natural and the details more vivid. The Meizu V8 Pro will be officially sold on September 26 by 10:00 am.