Months after announcing its over-hyped smartphone – the Lenovo Z5 in China, Lenovo looks set to releasing another smartphone, but this time around in India. To that effect, the firm has today released a Save the date invite to a product launch in India on October 16, the same date Huawei will be unveiling its Mate 20 series.

The Media invite has the sketch of a smartphone with the tag “The killer returns,” which could be an indication that the device that will be launched on the said date might have been released previously in other markets. Our guess is that the firm may be looking forward to introducing the controversial Lenovo Z5 to the Indian market, while it is also possible it could be launching the K8 Plus and K8 smartphones for the India market since it uses the ‘Killer Note’ tag for its K series of smartphones. 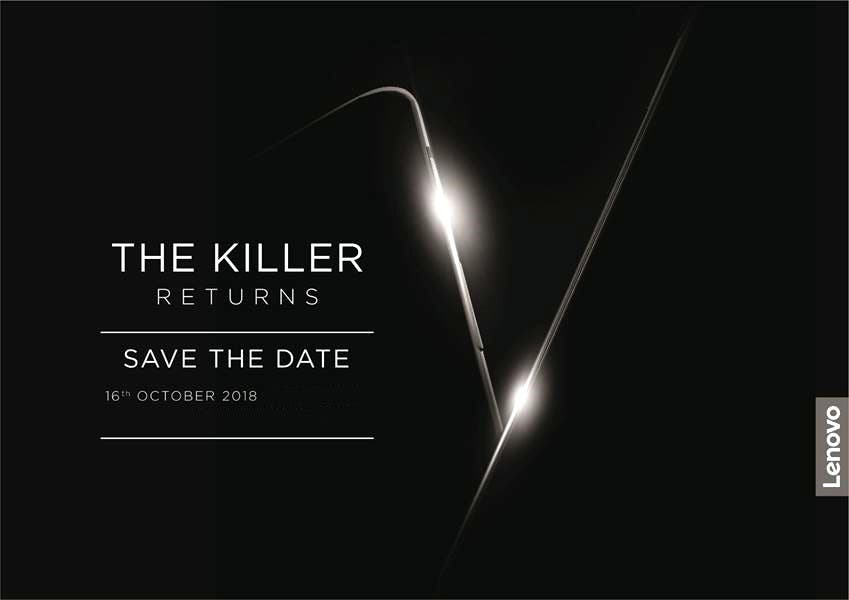 On the other hand, the company might also be looking to announcing the Pro variant of the Lenovo Z5 which has been rumored to come with an almost 100 percent screen-to-body ratio and camera slider mechanism. Either way, you’ll only need to wait until October 16 to find out more about the company has to offer.

Next Lenovo Group Records Its Worse Decline In Ten Years