Today, Huawei’s most popular e-brand announced that Honor will hold a new product launch conference in Beijing on October 11, releasing a new smartphone, namely the Honor Play 8C. As it is going to be the replacement for the Honor Play 7C, we are waiting for its price to be around 1000 yuan ($144). The poster showed it will be using a bangs screen with narrowed borders. There is also a slogan of Charging Up, which hints the phone’s selling point will be the battery. On the back, the Honor Play 8C should use the gradient effect. Well, this news has been buzzing around the net from this morning. But there will be another product scheduled for release on the same date. It’s the Honor Tablet 5 or so-called Honor MediaPad T5. 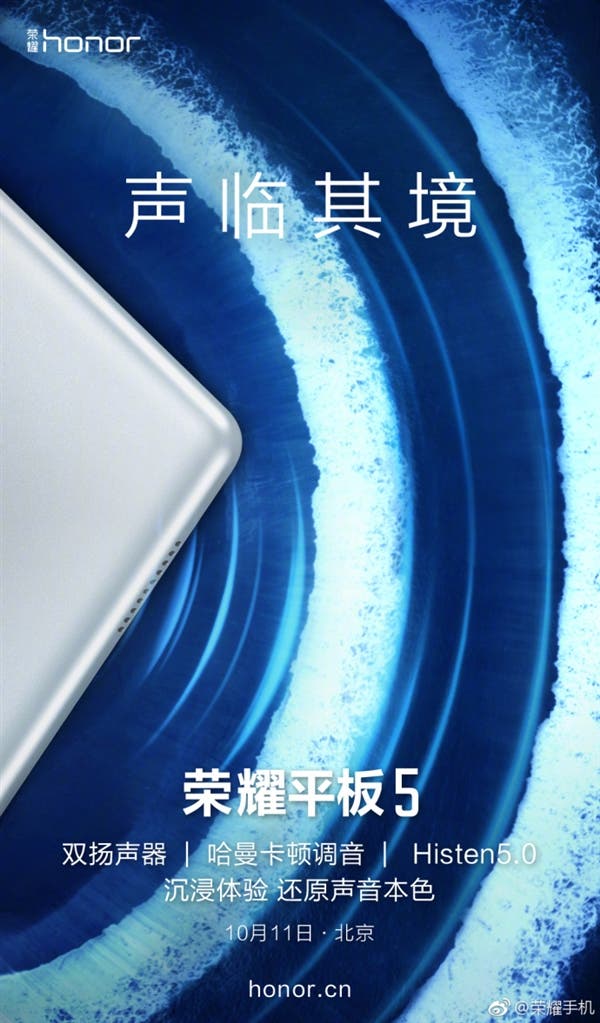 As for the Honor MediaPad T5, the sound quality is going to be one of the selling points. It is said to come with two speakers + Harman Kardon tuning + Histen 5.0. We should also mention the Huawei MediaPad M5 that has been launched a few months back also comes with a dual-speaker and Harman Kardon tuning.

As the poster shows, this tablet will use a one-piece metal back cover. As for the rest of the features, the Honor MediaPad T5 will adopt a 2K screen. But there is no hint on the processor. Probably, the company will put the Kirin 970 under the hood.