Earlier today, Apple officially released the third beta of the iOS 12.1 operating system. Just one week after it released the developer beta 2 for iOS 12.1. Now, if you are a developer and have a developer’s account, the full firmware package for the third developer beta version of the iOS 12.1 operating system is available for download through the Apple Developer Center. Of course, for iOS devices that are already in the developer’s beta state, if you have already installed the correct configuration file, you can also directly update the system through OTA. In the past, Apple releases a public beta version a day or a few days after the release of the iOS OS Developer Beta, so a public beta version of iOS 12.1 is expected to be released soon. 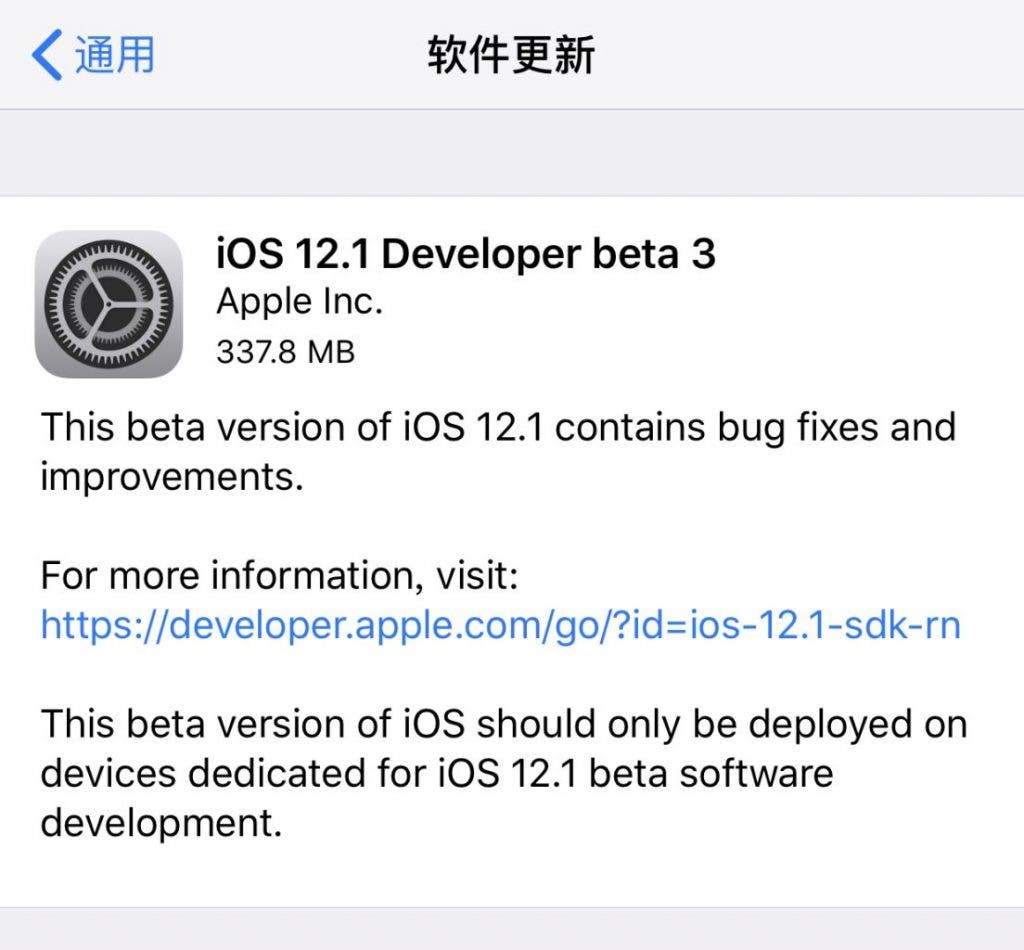 The build version of the third developer beta for iOS 12.1 is 16B5077c, while the previous beta version is 16B5068i. Other upgrade details for the third developer beta of iOS 12.1 are temporarily unknown. The problem with the iPhone XS, XS Max, and other models inability to charge has since been solved.
However, as in the past, the main task of every iOS system test version is to fix the regular bugs, optimize the stability and fluency of the system version, and so on. The new developer beta is more specific than the previous beta, especially the fine adjustment of the interface and function, performance optimization, battery life level, etc.,

Next TSMC's September revenue rose by 7.2% - thanks to Apple & Huawei