After images of Samsung’s upcoming smartphone – the Samsung W2019 surfaced on TENAA, the South Korean giant published a support page for the upcoming device, and now, more details of the device have been revealed, thanks to its updated TENAA page.

And like we already know from the previous listing, the Samsung W2019 will feature two displays – one on the outside and the other in. As per its listing on TENAA, the displays will be a dual 4.2-inch Super AMOLED screens. The device will come with a 3000mAh battery, while there are also reports that it will feature the same dual camera as the Galaxy Note9 and S9+, while the SD Snapdragon 845 chipset might be at the heart of the device. Other details are scares a the moment. 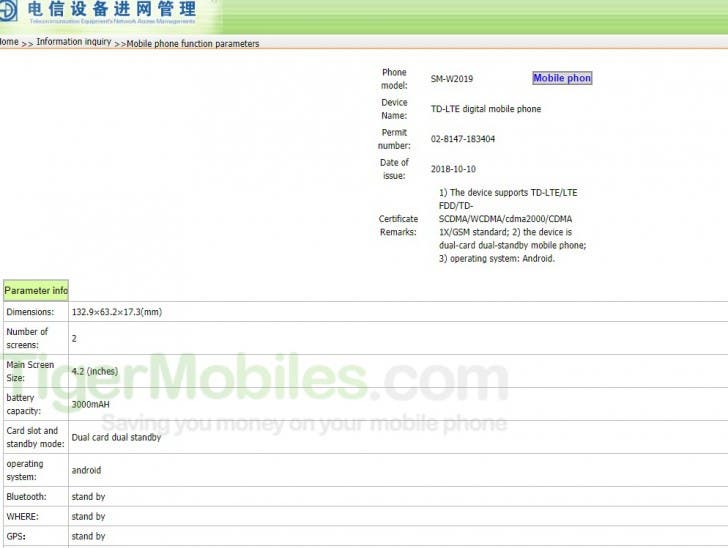 Samsung is yet to notify any launch details or even confirm the name of the device, however, like its previous generation of smartphones, the Samsung W2019 release might be limited to the Chinese market.’

Next Snapdragon 632 Powered Phone Appears on GeekBench - Is this the Meizu M7?