Albeit the company hasn’t been very innovative in the last years, Samsung – the Korean tech giant – is still one of the phone makers with some of the best tech at their disposal.

That’s why we were not surprised at all that the reason behind the delay of the adoption of an under display fingerprint scanner on their lineup of flagships is because the company is actually trying to create their own recognition technology.

It’s indeed news of today that Samsung filed a patent which shows an home-baked under display fingerprint scanner, very similar to the one we saw earlier this year under the name “ELECTRONIC DEVICE COMPRISING BIOMETRIC SENSOR”. In that patent application the company brought an pressure-sensitive area around the sensor. Check the image below for further details: 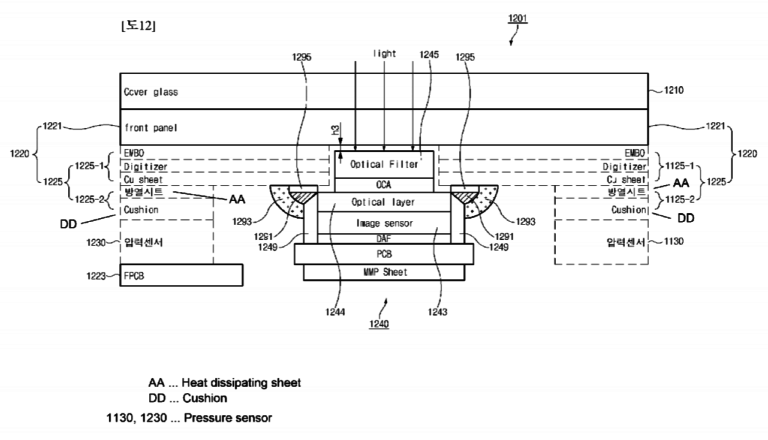 The timing of this patent suggests the possible presence of an UD fingerprint scanner on the next Samsung flagship. Of course, we’re referring to the Samsung Galaxy S10, or at least we hope so, unless the company decides to fall behind the competition.

Next Rugged Blackview BV9500 with walkie-talkie discounted on Coolicool