HTC has announced today that its first blockchain smartphone “EXODUS 1” is open to the public, mainly designed for crypto communities and developers, and for the first time you can pay in Bitcoins or Ethereum currency, as HTC opens the APIs to cryptographers and developers.

The estimated arrival date is December; currently EXODUS 1 is expected to open for pre-order in 34 countries and regions, including the United States, Taiwan, Hong Kong, New Zealand, the United Kingdom, Austria, Norway and other European regions, etc. 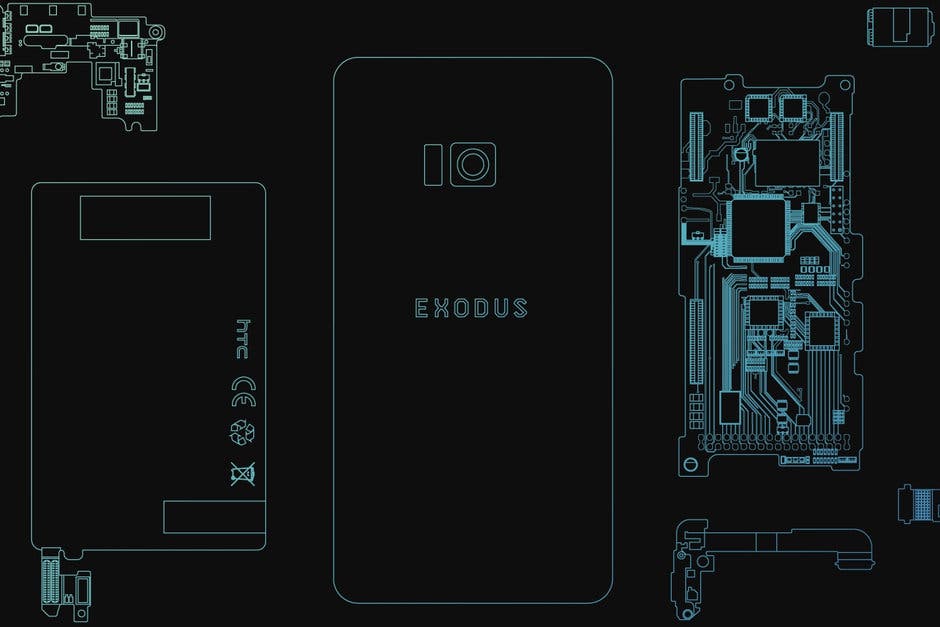 HTC said that 10 years ago, the company launched the first Android phone, bitcoin and Genesis Block appeared for nearly 10 years, EXODUS 1 is one of the basic elements of the encrypted Internet, Mobile devices will be a major focus for digital assets and decentralized applications, So the desire to work with developers in the blockchain is to achieve this vision.

In short, it’s a phone not only for cryptocurrency mavericks but for all who believe in the decentralized blockchain concept and comes with the hardware to match. HTC hasn’t fleshed out all the specs completely, but suffice it to say that the Exodus will have all the bells and whistles of a flagships 2018 phone.

How about a 6″ QHD+ display paired with a top-shelf Snapdragon 845 chipset and 6GB/128GB memory alognside with dual 16 MP rear camera with telephoto zoom, plus dual 8MP front cameras, too.

Running on the Android Oreo platform, and backed up by a decent 3500 mAh battery pack, the Exodus won’t shame its owners with specs or with the eventual transparent design, so how many Bitcoins for it, and when will it be released?

HTC’s early access Exodus 1 is available for pre-order at a price of 0.15 bitcoins or 4.78 ether tokens, which translates to about $960, and is expected to be shipped by December. That huge price tag places it on similar footing with premium smartphones in the market like Apple’s iPhone XS and Samsung’s Galaxy Note 9.