Samsung is busy with the revitalization of its midrange segment, after releasing the Quadruple Camera Galaxy A9 (2018), the company still has some devices to release this year. However, media attention is particularly interested in the Galaxy A8s, which is rumored to come in January 2019.

Yesterday, the South Korean manufacturer took the wraps off Galaxy A6s and Galaxy A9s in China. During the announcement, the company teased the upcoming smartphone’s bezel-less design which reportedly makes use of a display hole for the front-facing camera. Aside from this particular and interesting characteristic, not much is known about this particular smartphone. The reliable tipster, Steve Hemmerstoffer has confirmed three color variants for the device – Blue, Green, and Silver. 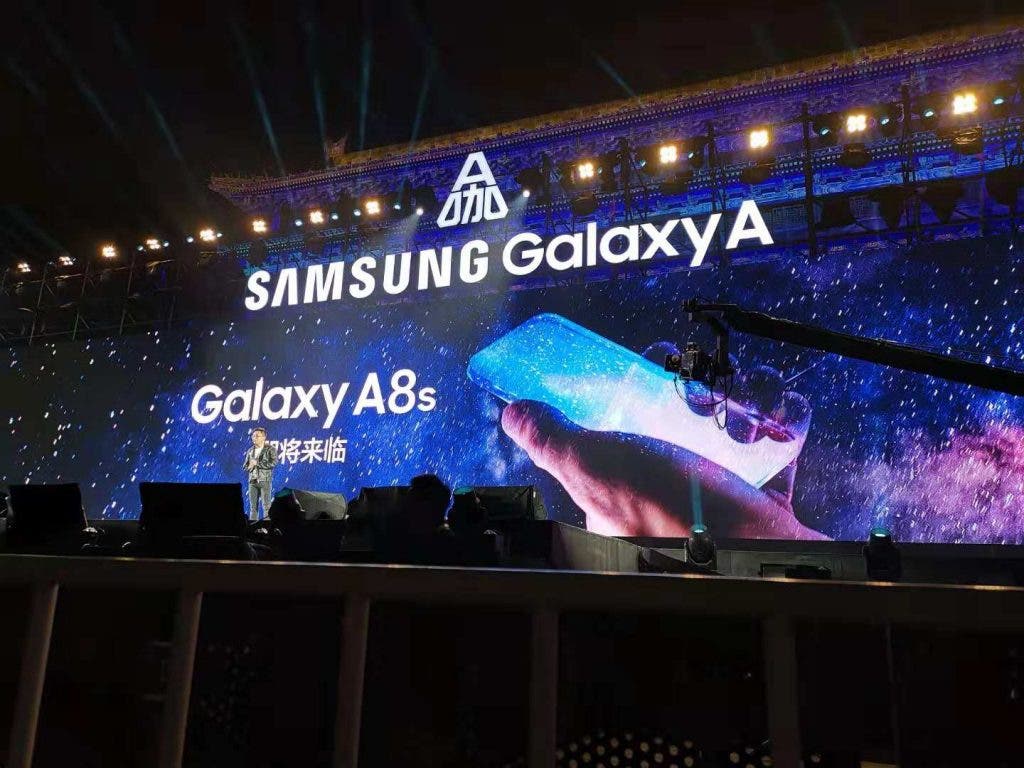 The Galaxy A8s is rumored to be the company’s first device to come with a Snapdragon 710. Despite the chipset, nothing is known about the amount of RAM and Storage, but considering that this is a premium midrange device, we should consider at least 6GB of RAM and 64GB of Storage for a start. The device will include a pretty standard battery with just 3,000mAh. The device will include a triple camera setup and Android 9 Pie straight out the box.

The device is expected to see the light of day in January. That could mean that Samsung will hold an event in late December. Alternatively, an announcement during CES 2019 could also be expected. For now, the Galaxy S10 series will remain as the first Samsung smartphones to debut with an in-display fingerprint scanner.