Earlier this year WhatsApp had added Delete for everyone option and now it seems like they are about to release stickers and also Swipe to reply feature on both platforms Android and iOS platforms. The new stickers will bring joy in the users as this will help to express their feelings through animation.

Currently, WhatsApp is going to launch some sticker bundles which are made by their own designers. Furthermore, they are looking forward to add few more stickers from other designers/artists too as a 3rd party and few of their own selection. For that, WhatsApp has provided a set of APIs and interfaces which will help designer/artists to make sticker apps and this can be added to WhatsApp via posting the app on Apple App store or Google Play Store by developers. 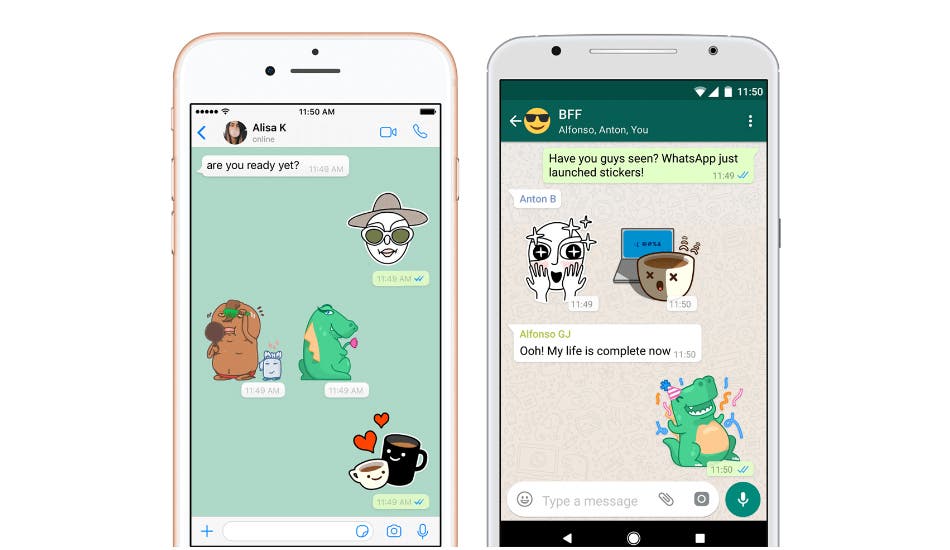 Also, for iPhone users, this new stickers can be used by simply tapping on the sub-menu while uploading the photos and Android users can share the stickers by getting into the sub-menu which displays GIFs and emojis. However, in the beginning, there is going to be only one basic pack of stickers provided by WhatsApp which can be expanded by the addition of other sticker developers. Whatsapp stickers can be availed shortly after the release of 2.18.329 version for the Android users and for iOS users it is after 2.18.100 version release.

Besides that, the messaging platform also brought a new feature called “Swipe to Reply” which simply uses a gesture to reply instantly in the form of a text. In the past, WhatsApp users were not allowed to reply by using tap and hold option, however, the restrictions were later on removed in the latest update.

Read Also:  Here are the most popular apps in 2021 globally

At present, WhatsApp is doing experiments on Picture-in-Picture mode which is going to allow users to play videos from Facebook, YouTube and Instagram directly without minimizing the App. This cool feature will permit users to multi-task by watching videos and replying to messages simultaneously.