Following the update of Google ARCore, the giant of searches decided to unveil its current October data for Android distribution. We are disappointed to see that Android Pie is still missing from the chart. 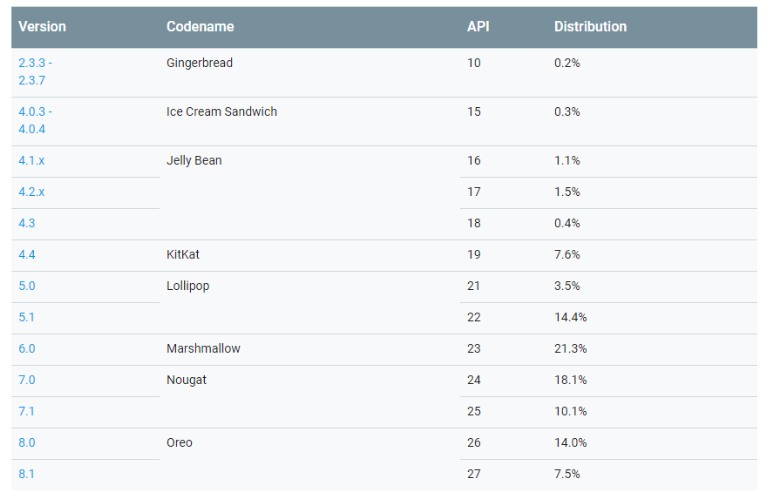 However, Android Oreo saw an expressive growth during the period turning into the second most prevalent version of Android. Currently, Android Oreo is running in 21.5% of total devices. Marshmallow, the former number 2, now occupies the third position with 21.3%. The Android version with the largest portion of the cake still is Nougat, reaching 28.1%. These numbers represent a decline over the September’s 29.3%.

Surprisingly, Android Lollipop still runs on 17.9% of devices, while KitKat has 7.6%, JellyBean 3.0%, Ice Cream Sandwich 0.3%, and at last the ancient Gingerbread with 0.2%. Worth noting that Oreo reached this margin on its first year of existence, which is less time when compared to Android Nougat. We do hope that things like Project Treble help Pie to arrive for more devices in the future.